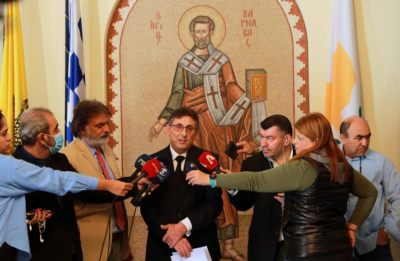 Nicosia – Cyprus: Six metropolitans filled their nomination for Cyprus Archbishop’s elections on 22 November 2022 to the office of the General Registrar of Elections.

Names of Metropolitan who have submitted nominations are as follows:

Based on the Statutory Charter of the Church of Cyprus, all the High Priests of the Church of Cyprus and those who have, according to article 30, the qualifications for the archpriesthood, are eligible for the Archbishop’s Throne. The election process for the appointment of an Archbishop is carried out in two stages, the formation of the triumvirate, with universal voting and the election of the Archbishop by the Holy Synod.

On November 14, the Holy Synod of the Church of Cyprus, in its session, under the chairmanship of the Metropolitan of Paphos Georgios, Custodian of the Archbishop’s Throne, decided to hold the elections for the election of a Tri-person by the people, who will be referred to the Holy Synod, on Sunday, December 18, 2022.

Amending the Charter, the Holy Synod decided to create a Ballot Paper on which the names of the candidates will be written with their photos. (Phile News)

Bishop Christophoros of Karpasia decided not to submit a final candidacy for the Archbishop Elections. 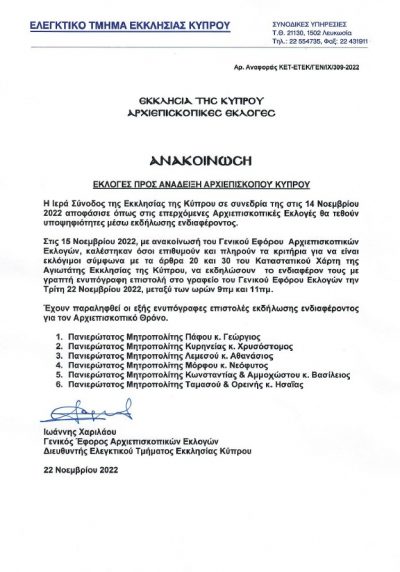 The elections to the throne of the archbishop of Cyprus started as the throne became vacant due to the demise of His Beatitude Chrysostomos II.