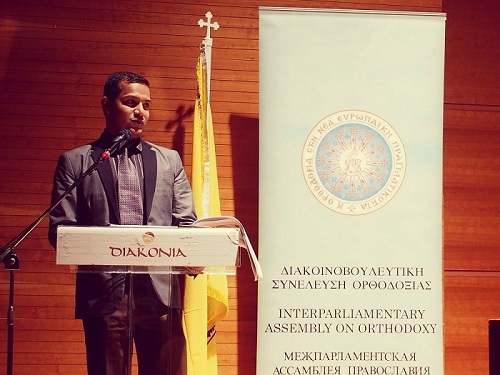 Global: George Alexander, the Secretary of Orthodoxy Cognate PAGE (Pan-Orthodox Christian Society) has stepped down as the secretary after 14 years of service. He is one of the co-founders of the Society. He stepped down as a part of handing over the leadership to Vipin Varghese, the newly elected Secretary (OCP General Body September 2021).

Sources close to him stated that he would retire from active participation in the organization as well as involvement in Pan-Orthodox activities except for the duties assigned. Alexander expressed his gratitude to all those who have supported him during the last one and a half-decade.

The position of Secretary remains the most authoritative position within the Orthodoxy Cognate PAGE Society due to the VETO power it holds. Changes have been applied to the Executive Council as well. Alexander will continue supporting the activities of the OCP Society and will also remain a member of the Executive Council and General body. In addition, he is appointed as the Director of the Department of External Affairs. Click here to learn more about the leadership of the OCP Society.

Founded in 2007 and headquartered in India, Orthodoxy Cognate PAGE is the world’s only independent Pan-Orthodox Christian organization. OCP Society is a non-spiritual, non-evangelical and non-biblical organization that is a registered body under the Societies Registration Act.