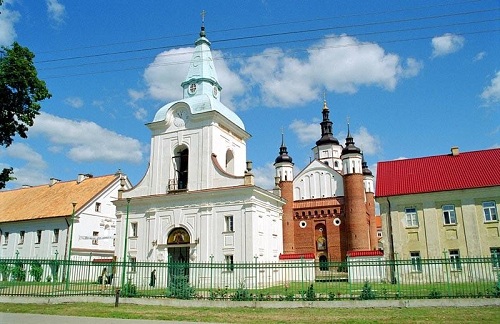 The Monastery of the Annunciation in Supraśl. Pic – Wiki

Joint multidisciplinary research and expertise will aim at determining the state of preservation of the historic Catacombs of the Male Monastery of the Annunciation of the Blessed Virgin Mary, developing the substantive assumptions for their conservative conservation and supporting future conservation activities carried out at this monument.

The history of the Suprasl catacombs dates back to the 16th century. It is a unique cultural monument in Europe. There were nearly 200 burial niches, created along with the construction of the Church of the Resurrection of Christ in the mid-16th century. They were the burial place of Supraśl monks, founders and representatives of great magnate families: Chodkiewicz, Olelkowicz, Słucki, Wiśniowiecki. Archaeological research confirms the existence of a cemetery in this place, the chronology of which can be established from the 16th to the beginning of the 18th century. The fact that the cemetery did not function anymore in the 18th century is evidenced by the establishment of a garden in this place and a foundation wall on the calcu, which suggests that the burying of the dead in this place has been halted for a long time.

Around 1875, the ruined Church of the Resurrection was dismantled by monks for security reasons. The catacombs were covered, but were uncovered for archaeological excavations in the mid-1980s. In 2014, they were secured with a roof. According to archaeologists, the area of ​​the catacombs and the adjacent areas require further strict conservation protection.