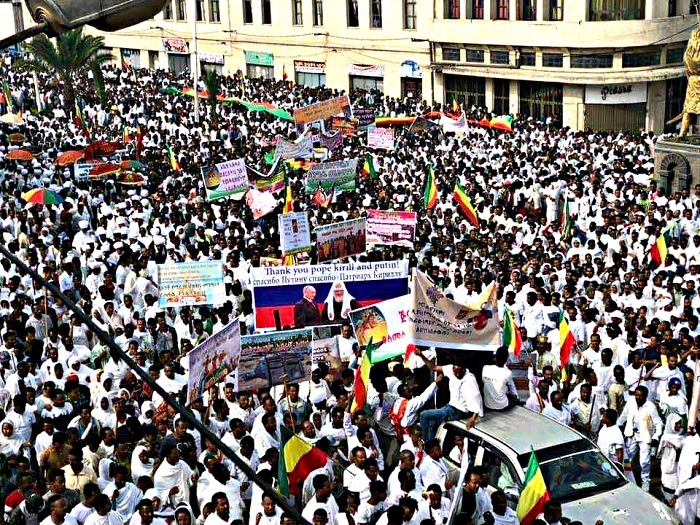 Huge banners thanking Patriarch Krill of Moscow and All Russia and President Putin of the Russian Federation put on display during the processing held on 15/9/2019 in Addis Ababa. Pic- OCP Media Network.

Moscow-Russia: The Russian Orthodox Church is all set to support and help persecuted Christians in various parts of Africa. Africa has become a major hub of Christian persecution, according to Metropolitan Hilarion, Chairman of the External Church Relations department of the Moscow Patriarchate. He also stated that many countries in the African continent are facing tragic situation and that even in traditionally Christian country as Ethiopia, Christians are persecuted. Metropolitan Hilarion also noted that the Moscow Patriarchate is already supporting persecuted Christians in African by cooperating with African Christian Churches especially the Coptic and Ethiopian Churches.

“It is with a great hope and anticipation that Christians in Africa look to Russia and her president, to the Russian Church and the Patriarch”, commented the Metropolitan.