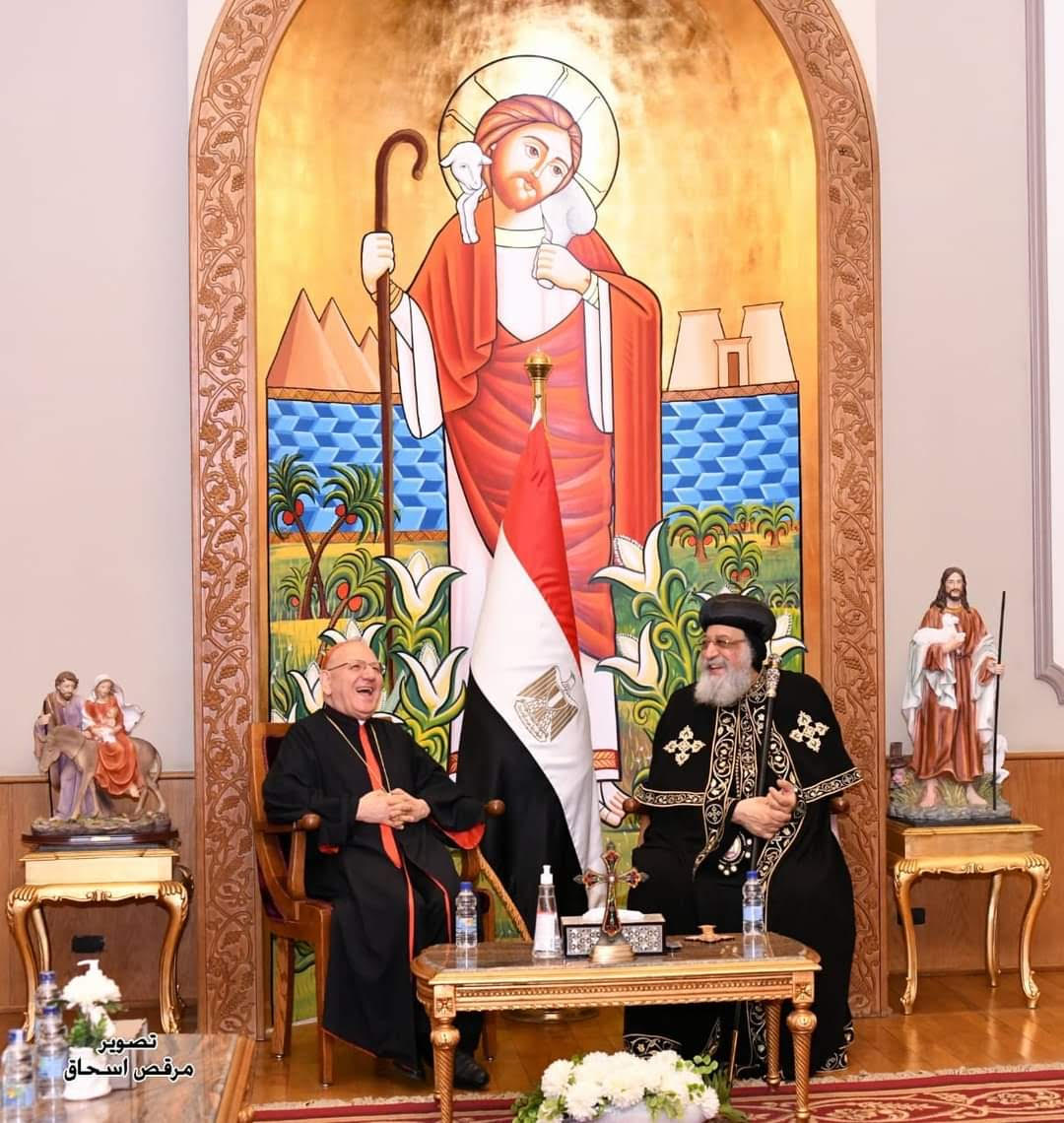 Cairo-Egypt: Pope Twadaros on Friday received Cardinal Mar Louis Raphael Sako I, the Patriarch of the Chaldean Catholic Church who is currently on a visit to Egypt to participate in the General Assembly of the Council of Churches of the Middle East, which is expected to be held hosted by the Coptic Orthodox Church next week. His Holiness Pope welcomed the Beatitude and his accompanying delegation, expressing his happiness with the visit, and on his part, the Cardinal thanked His Holiness for the warm reception.

The meeting was attended Anba Daniel, the Bishop of Maadi and secretary of the Holy Synod, Bishop Julius, the general bishop, monk Rev. Cyril Anba, the Director of the Office of His Holiness the Pope, and Father Musa Ibrahim, the spokesman of the Coptic Orthodox Church, and Mr. George Saleh, the Coordinator of the office of the relations between the Coptic Church and the Churches in the Middle East.