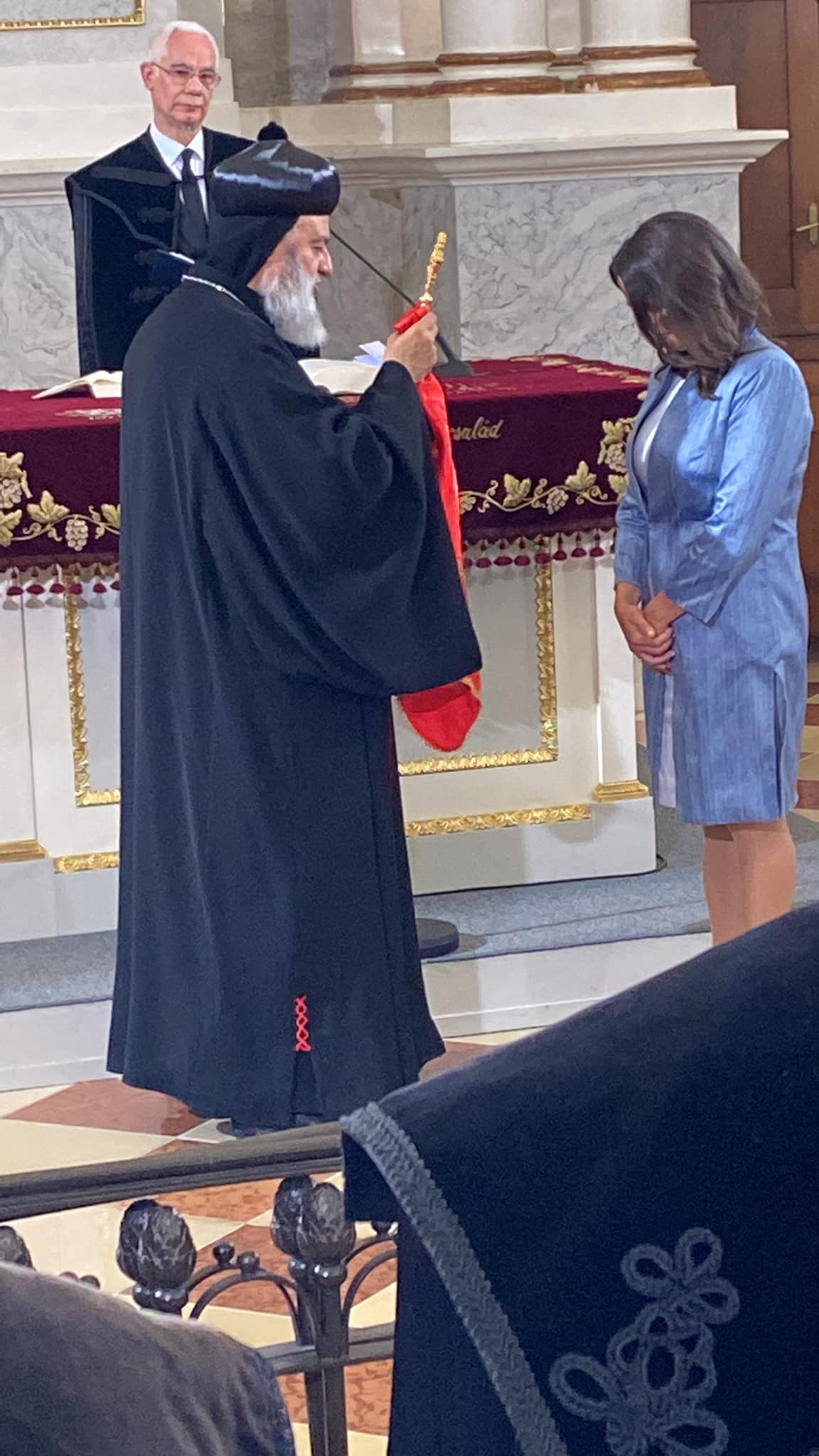 Budapest- Hungary: On May 14, 2022, Patriarch Mor Ignatius Aphrem II of the Syriac Orthodox Church participated in the special service for the installation of Her Excellency Mrs. Katalin Novak, the new President of Hungary, at the Kalvin Square Calvinist Church in Budapest.

During the event, the Patriarch blessed the newly inaugurated Presiden of Hungary. The Syriac Orthodox Church shares an intense relationship with the Hungarian government. The country has been supporting a large number of persecuted Christians in the Middle East.

His Excellency Bishop Zoltan Balog, President of the Reformed Church of Hungary, His Eminence Cardinal Peter Erdo, Catholic Archbishop of Budapest, and other religious leaders participated in the ceremony. His Excellency Prime Minister of Hungary Mr. Viktor Orban, as well as ministers and other civil officials also attended the ceremony. His Holiness was accompanied by His Eminence Archbishop Mor Joseph Bali, Patriarchal Secretary and Media Office Director.