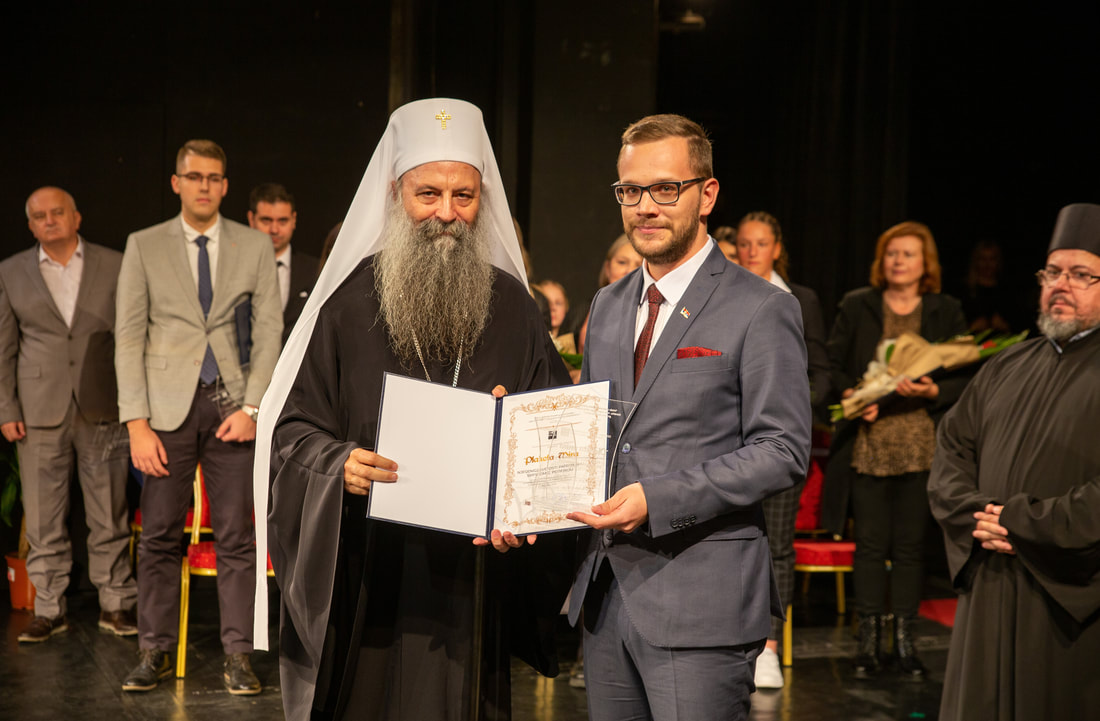 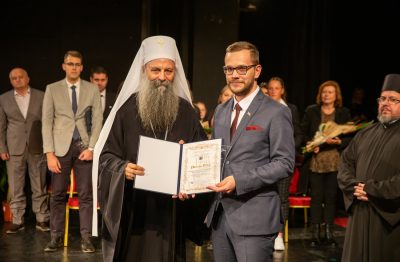 Nis-Serbia: Patriarch Porfirije of Serbia was decorated with Peace Plaque awarded by the humanitarian organization Find Raul at Niš on 15 November 2022.

Patriarch Profirije was elected as the winner of the Plaque of Peace by students of Secondary Vocational School and Radoje Domanović Elementary School from Niš, as well as a group of students from several faculties of the University of Niš. According to the official news releases, ” in their explanation, they emphasized that the Patriarch’s work amazes, inspires, motivates and makes them proud, especially in the field of his charitable work and the openness of the Serbian Orthodox Church towards young people”.

The organization Find Raul, founded in 2011 in honor of the great humanist Raul Wallenberg, engages in charitable work and has so far helped a large number of institutions, individuals, and vulnerable families, and pays special attention to the promotion of young talents, future scientists. Every year, the organization gives the award Svetislav Milić – to young people from the heart in six categories: science and education, culture and art, humanitarian activities, peaceful struggle for human rights, sports, institution of the year and special awards. The award is given by young members of the organization, pupils and students who are mostly under 30 years old. Laureates of the Peace Plaque in previous years were Harry Roberts, Tamara Vučić, Hakon Wium Lie, Princess Ljubica Karađorđević and others.