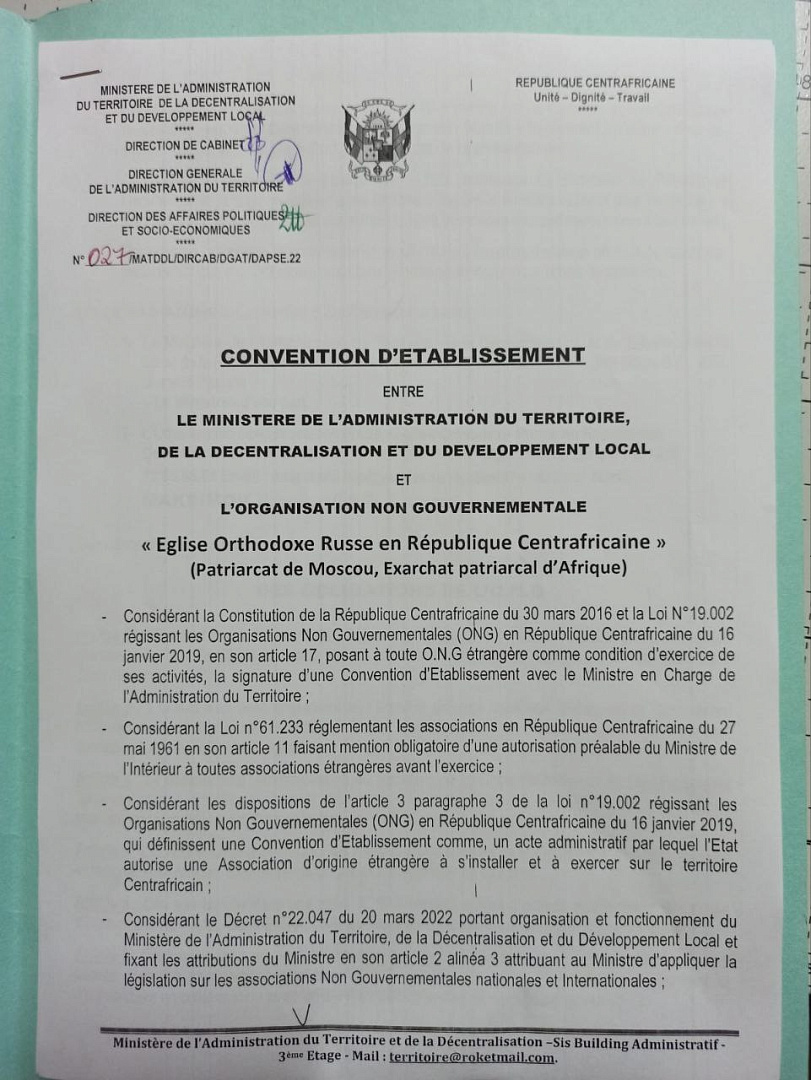 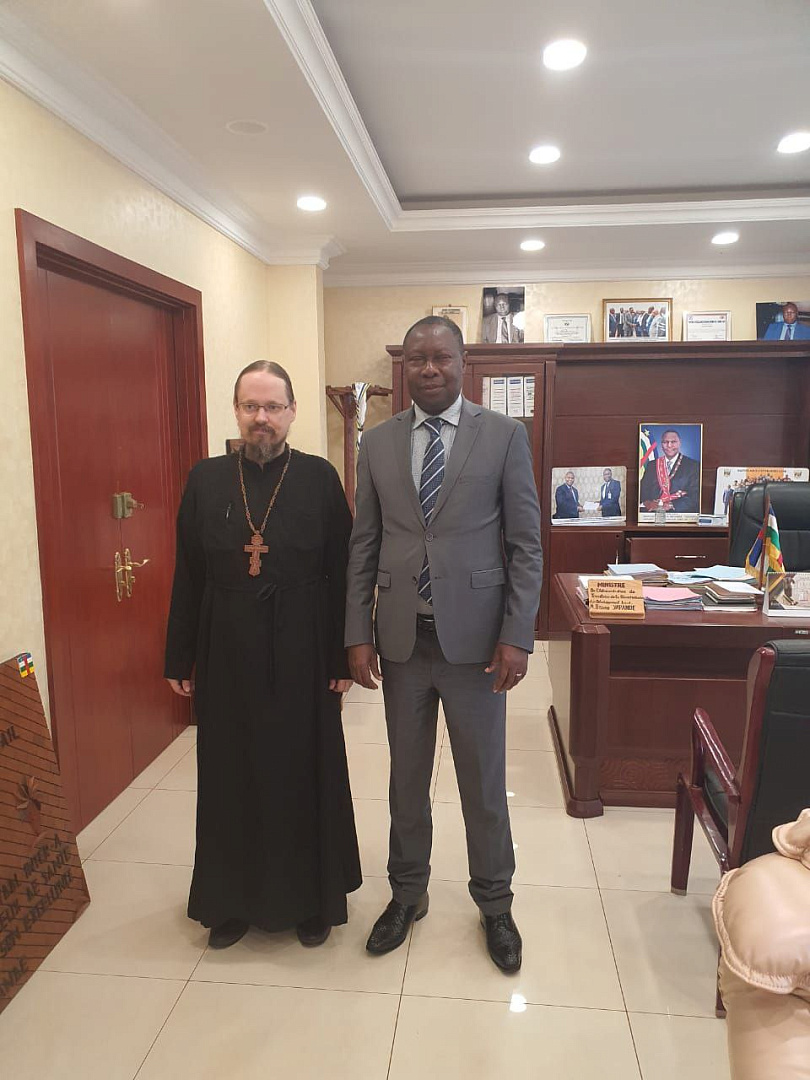 In his message, he also expressed gratitude to Mr. Bruno Yapande, Minister of Territorial Administration of the Central African Republic.

Patriarchal Exarchate of the Russian Orthodox Church in Africa was established on the Synodal resolution on December 29, 2022. Exarchate of Africa caters to clergy and faithful who left the Patriarchate of Alexandria due to disagreement on various issues.