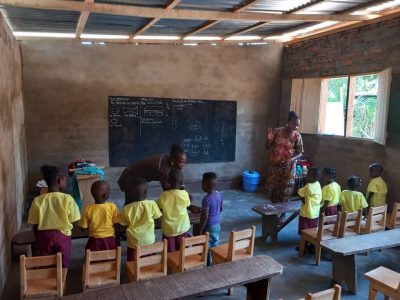 Bangui – C.A.R: Patriarchal Exarchate for Africa of the Russian Orthodox Church opened a school in the name of St. Sergius of Radonezh in the city of Bibmo in the Central African Republic.

The school will be in charge of Sergiy Boyemawa, an Orthodox Christian, a fresh graduate from the courses taught in French in Russia for future priests, and the community of believers.