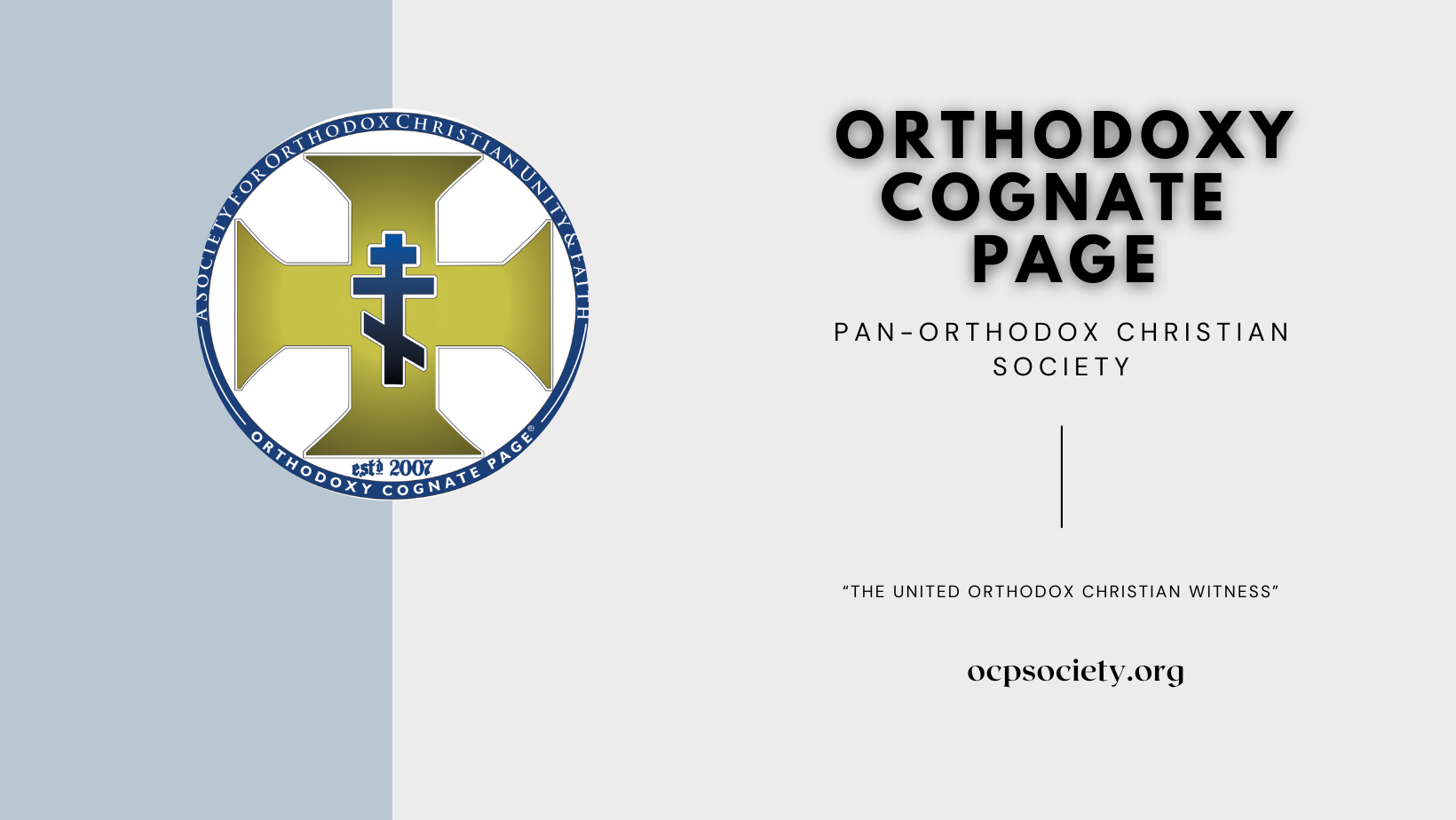 Global: We are delighted to present to you the annual activity report of the Orthodoxy Cognate PAGE Society for the year 2021. We thank you all for the kind support and encouragement.

Orthodoxy Cognate PAGE is a Pan-Orthodox Christian Society founded in 2007 and established under the Travancore-Cochin Literary, Scientific and Charitable Societies Registration Act, 1955. Registration No: A.455/2010.

Meetings and Visits, Conferences, Honors and Awards
OCP Secretary George Alexander was received by the Travancore Royal Family in December 2020. A specially designed icon and the published book titled “Malankara Nasrani Research Papers” were gifted to His Holiness Marthoma Paulose II (Catholicos-Moopan on the Apostolic Throne of St. Thomas and Malankara Metropolitan) during the first week of February 2021. A Briefing on ‘Persecution of Christians in Africa’ by OCP Secretary was published in Four Languages by I A O in its Bulletin no.23 of 2021. OCP Delegate Linto Paul made a presentation at the IVANO-MGOCSM Environment Day Meet (June 05). An online session titled ‘An Introduction to the Orthodox Christian World’ was delivered by Donn George Varghese (Director Dept. of Public Relations and Head of International Affairs of Orthodoxy Cognate PAGE Society) on the 24th of July 2021.

Research Projects and Publications
“The Orthodox Church Is for All” by Deacon Logan H. Polk was published in (January 2021. “Patriarch Daniel and “The Resurgence of the Romanian Orthodox Church” Written by George Alexander and edited by Deacon Logan H. Polk was also published in January 2021. “The Path to Oikonomia with Jesus Christ as Our Lighthouse” written by OCP delegate Dr John G. Panagiotou has reached significant milestones on Amazon distribution. It reached #1 in the New Releases on Christian Orthodoxy category, #1 in the New Releases on Christian Stewardship category, and also became the top 100 Best Sellers category in both Christian Orthodoxy and Christian Stewardship.

Statements, Petitions and Social Action
OCP Spokesperson Condemned an attack against Romanian Orthodox Settlement in Jerusalem (February 2021). The OCP Secretariat slammed an act of vandalism on the Titan park Orthodox Church in Bucharest. (April 2021). The Executive Council that was held in the month of March published a statement with a call for an Objective investigation of War Crimes in Tigray. The OCP Chairman George Varghese published a statement on the Israel – Palestine conflict (May 2021). On 13th July a petition was submitted by the chairman to the patriarch of Romania requesting further Intervention in Human Trafficking Problems. OCP Spokesperson published a statement on the demise of Catholicose -Moopan Marthoma Paulose II on the 12th of July 2021.

Webinars and Videos
A webinar with iconographer Yulia Klishina from Ukraine was conducted on the Instagram platform. In addition to this, a new series based on the issues was started on the youtube platform with cross-posting to other platforms.

Public Orthodoxy, of Fordham University, has featured an article titled ‘Conflict in Tigray‘ by Dr Romina Istratii about the ongoing conflict in the Tigray region in Ethiopia.

Linto Paul Jacob (Head of OCP Foundation and CSR Wing) took part in the 3S International Conference organised by the Institute of Science and Spirituality, Delhi held on the 22nd and on the 23rd of May 2021.

Networking and Associations
An MoU was signed between the Orthodoxy Cognate PAGE (Pan-Orthodox Christian Society) and the Occidental Studies Institute (OSI Foundation) in February 2021. The Society continues to associate and network with various Orthodox Churches, institutions, ecumenical and interfaith organizations.

The OCP Society Leadership
As per the decision of the General Body held in October 2021, Mr Vipin Varghse was elected as the new Secretary and Spokesperson. Mr George Joseph was retained as the Chairman. To learn more about OCP leadership please click here.