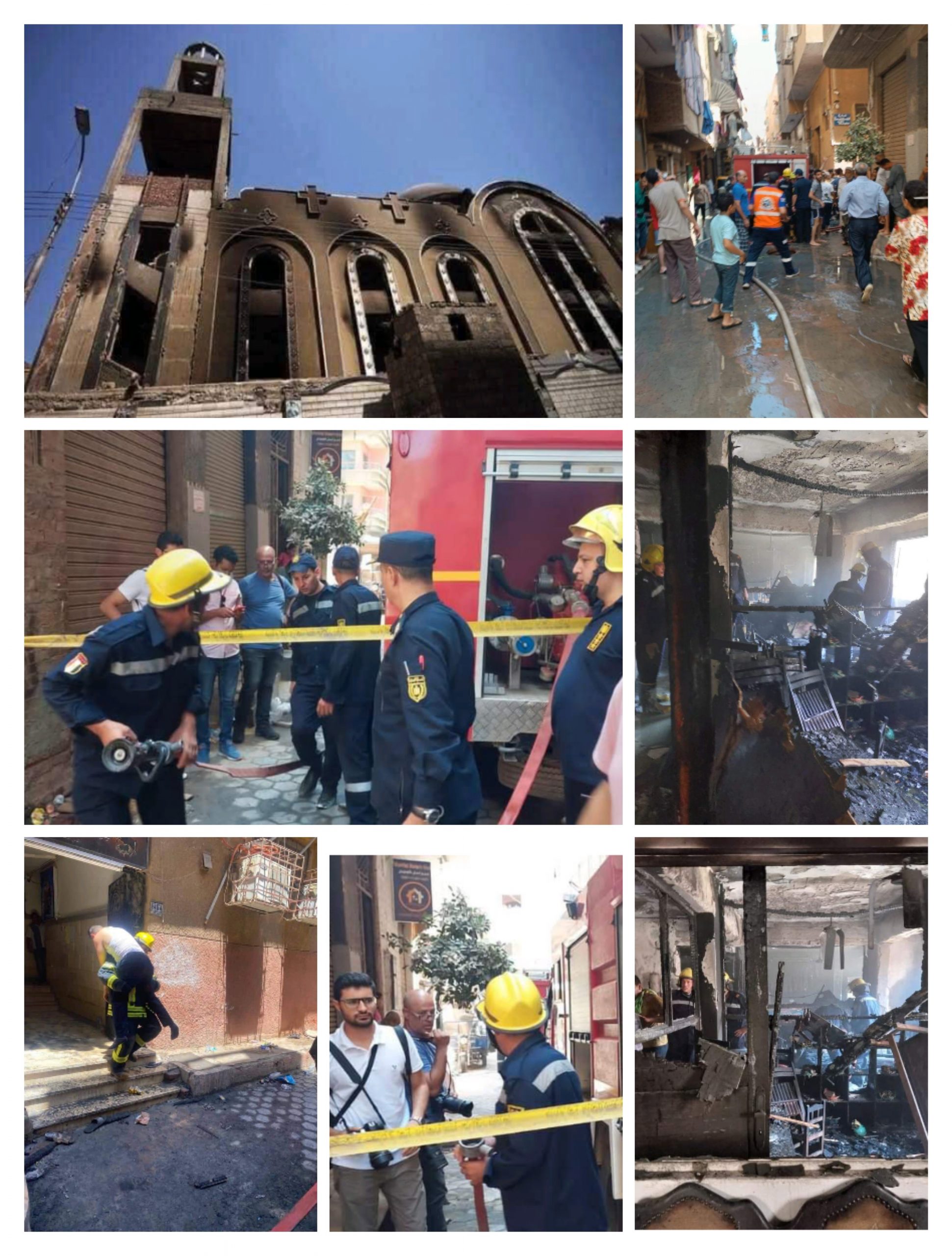 Cairo – Egypt: On Sunday, August 14, 2022, a large fire broke out due to an electrical fault in the church that led to the death of at least 41 and the injury of 45 in Abi Sefeinn Coptic Orthodox Church, Imbaba, Giza, Egypt. Injured were transferred to Imbaba General Hospital and Agouza Hospital. Sources from the Ministry of Health said that the deaths have so far reached 41 people and most of those killed were children.

His Holiness Pope Tawadros II of Alexandria offered his condolences to the victims, indicating that he is following up with the concerned authorities on all matters related to the accident. His Holiness said in his condolences: “We are following with sadness the tragic incident that occurred this morning in the Church of the Great Martyr Mercurius Abi Sefin in the Imbaba airport area, north of Giza. We are in constant contact with local leaders, the governorate, the Ministry of Health, and all officials. As we offer our condolences to the families of the victims, we pray for the injured and the wounded are confident that the hand of God will have mercy on us all.”

His Holiness received a phone call from His Excellency President Abdel Fattah El-Sisi, President of the Republic. During the call, His Excellency offered condolences to His Holiness the Pope over the death of a number of church members in the fire incident that occurred in the Church of Martyr Abi Sefein in Imbaba. He also confirmed that he is personally following the developments of the accident and the condition of the injured.