After 10 Years of Abduction of Mor Youhanna Ibrahim, Mor Boutros Kassis Elected as the Archbishop of Aleppo and Environs 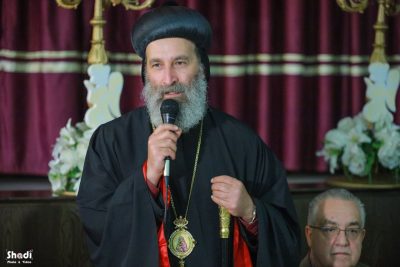 According to the announcement from the Patriarchate, the decision came in after the meeting of priests, members of religious councils, and heads of church committees and institutions in the Diocese of Aleppo and its Dependencies with Patharich on 01 September 2022. Though Archbishop Mar Boutros Kassis was in charge of Aleppo as a patriarchal vicar, the seat was declared vacant on 27 July 2022 due to the emerging need for a permanent primate for the diocese.

According to legends, Metropolitan Mor Youhanna Ibrahim and Metropolitan Paul Yazigi were abducted on the way back from Turkey to Aleppo.

Journalistic Investigation: Who is Behind the Abduction and Brutal Murder of Syrian Christian Hierarchs from Aleppo?

On the other hand, the Greek Orthodox Patriarchate of Antioch appointed Metropolitan Ephraim Maalouli against the vacant seat of Metropolitan Boulos Yaziji in October 2021.