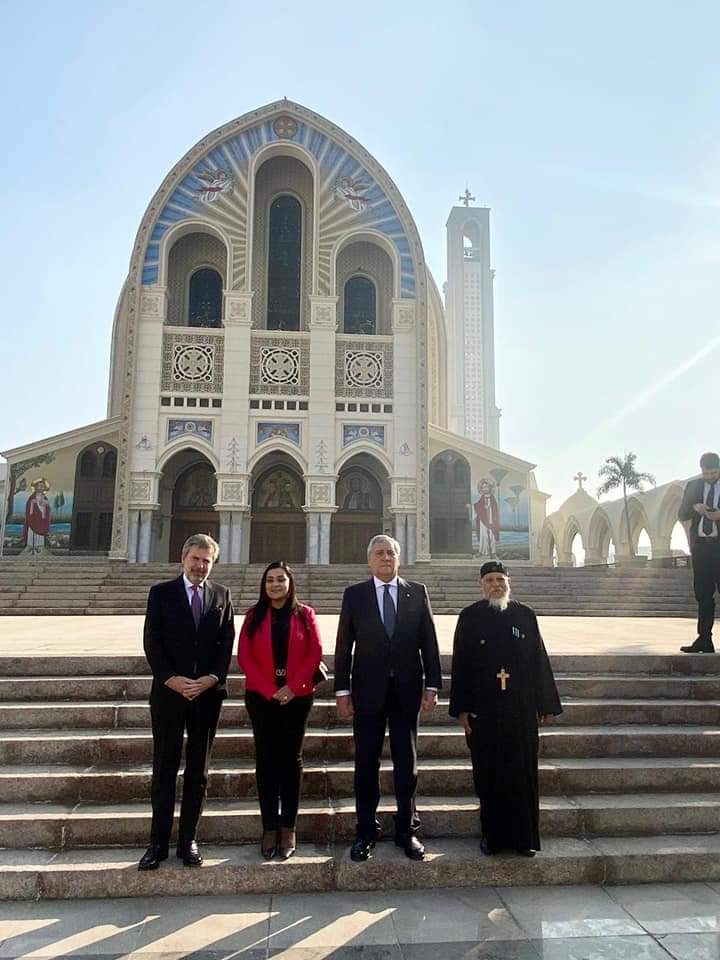 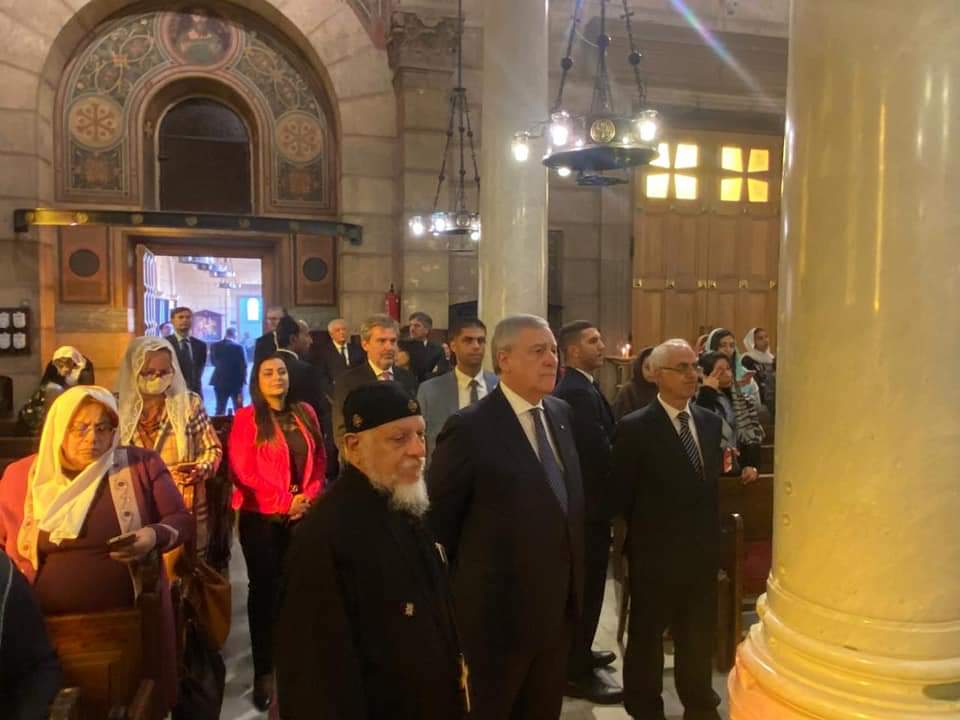 Cairo-Egypt: Antonio Taiani, Italian Deputy Prime Minister and Minister of Foreign Affairs with his delegation visited St. Mark’s Cathedral in Abbasiya. He was accompanied by the Italian Ambassador to the Arab Republic of Egypt, Michele Quaroni. The visit was made as part of the Italian Minister’s current visit to Egypt.  During the visit, His Excellency expressed his love for Egypt and the Coptic Orthodox Church. He asked to convey his greetings to His Holiness Pope Tawadros II. He also expressed his aspiration to meet His Holiness during his next visit to Egypt.

The Italian minister also visited the Petrosian Church and attended part of the mass there. After the mass, Father Anthony Mounir, the priest of the Church, gave an overview of the terrorist incident that the church was subjected to, in December 2016. He also presented the role played by the state in restoring the church.