The 17th Anniversary of the ‘March Pogrom’ in Kosovo and Metohija 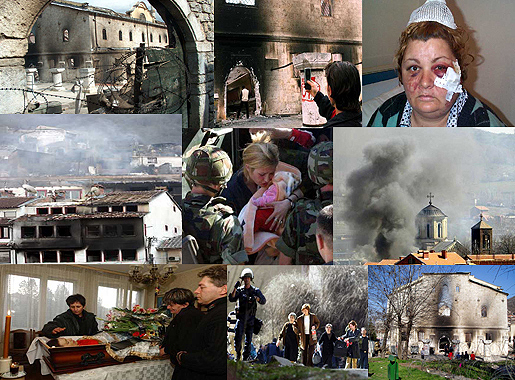 Belgrade-Serbia: March 2022, marks the 17th anniversary of the Pogrom in Kosovo and Metohija in which eight Serbs and 11 Albanians were killed as a result of the clashes with the international security forces. At least 170 Serbs were injured, along with several members of the international force who fought the local Albanians to protect the Serbs. About 800 Serb houses were demolished and 35 religious buildings and nearly 18 cultural monuments were set on fire, including the Church of Our Lady of Ljevis in Prizren.

Over 4000 Serbs were expelled from Kosovo and Metohia by the Albanian extremists, and most of them have not returned to their homes to this day.