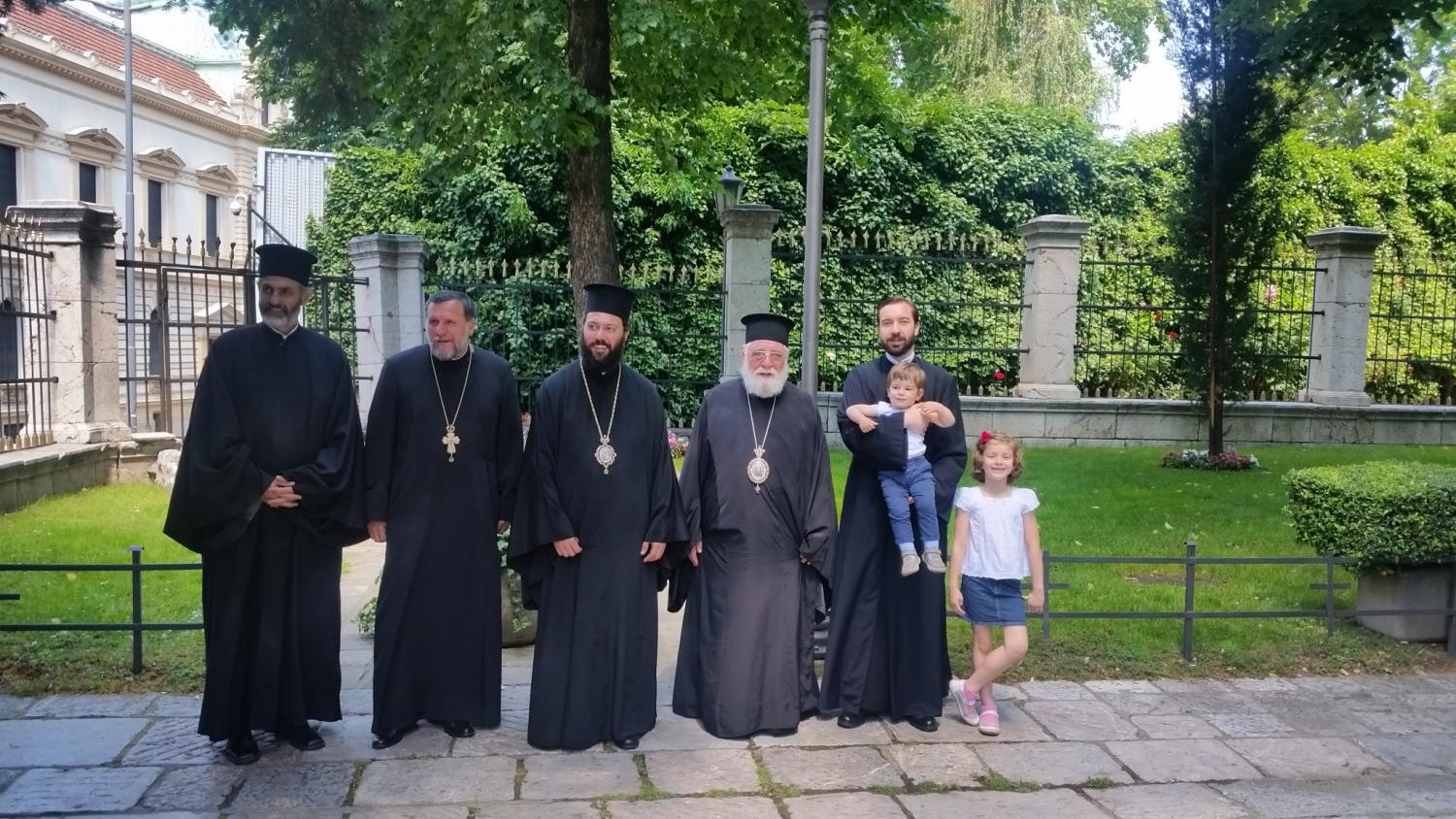 Metropolitan Arsenios, Exarch of the Ecumenical Patriarchate for Austria and Hungary, in Belgrade

On Sunday, 5 June 2016, when we listen to the Gospel’s story of the Blind Man, with the blessing of His Holiness Serbian Patriarch Irinej, Metropolitan of the Ecumenical Patriarchate His Eminence Arsenios (Kardamakis) from Vienna, President of the Council of Bishops’ Conference for Austria and Director for Orthodox Religious Education in Austria, celebrated the Divine Liturgy in the Belgrade Cathedral of Holy Archangels Michael and Gabriel.

He was concelebrated by Protopresbyter-stavrophor Dr. Dragomir Sando, Very Revd. Fathers Panayotis Karatasios and Dimitris Kasapis, Presbyter Vladimir Vranic, chief of the Office of His Holiness Serbian Patriarch, as well as by Protodeacon Radomir Percevic.

The Holy Liturgy was attended by His Grace Bishop Elijah of Philomenion from the Ecumenical Patriarchate with the seat in Boston (USA) for Albanian Orthodox believers.

Upon the invitation of His Holiness Irinej, and at the suggestion of the Commission for religious education of the Archdiocese of Belgrade-Karlovci, His Eminence Metropolitan of the Ecumenical Patriarchate Arsenios (Kardamakis) visited our Church and her educational institutions and gave a lecture for religious teachers of the Archdiocese of Belgrade-Karlovci on 4 June 2016. The topic of the lecture was: “Witnessing of the Orthodox Church in Austria and Europe”.