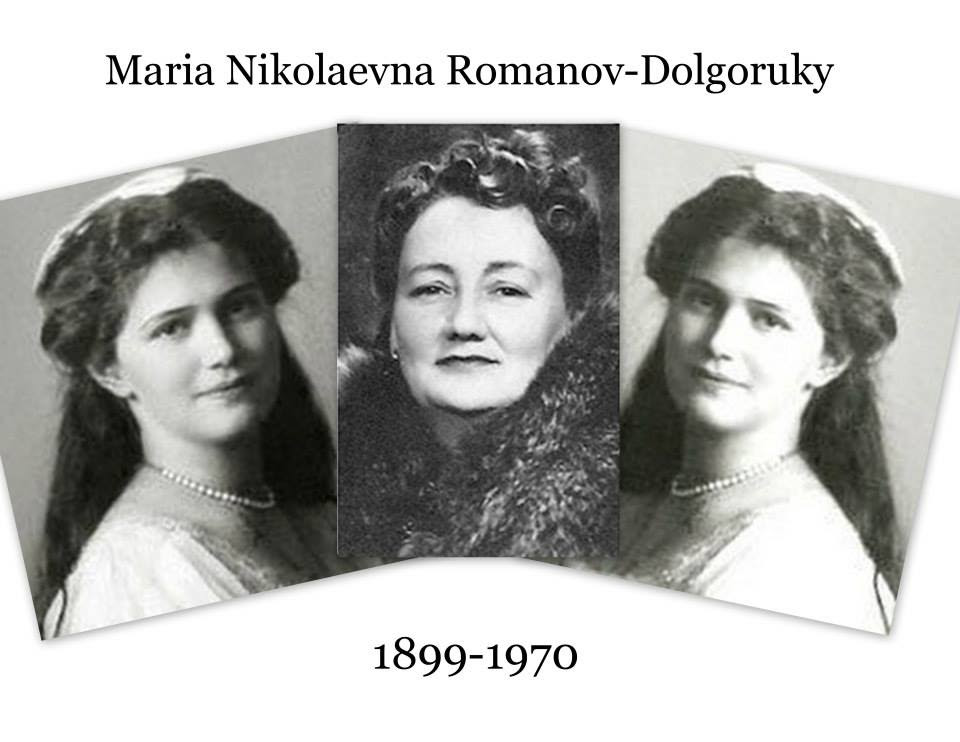 Though it had been rumored for years immediately after the alleged massacre of the Russian Imperial Family in 1918, that the Empress and her daughters had survived, it was not until the magnificent researched book and BBC documentary, The File on the Tsar written by Tom Mangold and Anthony Summer in 1976 that the theory was sustained by solid proof that they had been moved from Ekaterinburg to Perm.

French historian, Marc Ferro has just published a new book that confirms this as a fact, in spite of the DNA tests that ‘officially’ have established the official version of what occurred that infamous night as historical facts. In his book LA VERITE SUR LA TRAGEDIE DES ROMANOVS the author charts his journey to uncover the truth. The recent discovery by Marie Stravlo of Grand Duchess Olga’s autobiography published in Spain by Planeta under the title YO ESTOY VIVA, proves that the Tsarina and daughters were not murdered that night.

Ferro remarks that historians have been happy to regurgitate the White Russian version of how the story unfolded. He feels there were too many improbabilities in the judicial report and too many unofficial witnesses were eliminated. Such blind faith continued right up until the moment when the Yeltsin government allowed comparative analysis to be carried out on bodies discovered by two historians, newsrooms around the world took the information as fact without verification. Finally, an American Romanov scholar discovered hundreds of documents from the Vatican archives which proved that the Tsarina and her daughters where evacuated and this is another piece of evidence to back up Ferro’s thesis.

The survival of the Tsarina and her daughters was a truth neither the Bolsheviks nor the Whites could disclose. Both sides ensured that witnesses were executed. After March 1918, the Reds feared that Kaiser William II would break the treaty of Brest-Litovsk if the “German” Empress and her daughters were not spared. And so the story begins, the mother and her daughters were evacuated to the city of Perm and then to German-occupied Ukraine. The youngest Anastasia, however, managed to escape. And over the next 50 years there would be sightings of them in Italy, Germany and Canada until their deaths in utmost secret in the 1970s.

At last Ferro sheds light on one of the greatest secrets of the 20th century and one of history’s true taboos.

World-famous historian Marc Ferro has been haunted by this story for 20 years. His biography of Nicholas II: The Last of the Tsars was published in 1990 by Payot & Rivages and was then translated into numerous languages.

So one would asked what happened to the Empress and her daughters. The surprising reply will come in a new book that is now being written by another Romanov scholar, Marie Stravlo on the fate of the four Grand Duchesses. Mrs. Stravlo is my co-author in the historical novel, The Lost Romanov Icon & the Enigma of Anastasia published by Thames River Press which is worth reading as it sheds new light on the story of Anastasia with never before published documents.

But briefly for those who are eager to know, I have had access to a brief summary of their fate.

Grand Duchess Olga Nikolaevna Romanov was kept captive in Perm by the Cheka secret police of the Bolshevicks until October 1918, when she was evacuated to Vladivostok. In her autobiography entitled “I am alive, the published last September 2012 in Spain “Estoy Viva, memorias ineditas de la ultima Romanov”, she gives details of her escape and life under the assumed name of Maria Bottcher in Germany and later in Italy, where she died in 1976. Olga married German Captain Karl Boodts in 1926 and divorced him in 1928. She then took the name Maria Boodts, also calling herself Marga Boodts. She used both assumed names.

After her passing her bones were interred in Menaggio, Italy. Her original grave was destroyed in 1995, but her remains are kept intact in another grave guarded by a loyal family of friends in Italy.

Anastasia story has been well documented since her suicide attempt in Berlin in 1922. Her story has been recounted in detail by historian Peter Kurth in his book Anastasia: The Riddle of Anna Anderson and by her official biographer, James Blair Lovell in his book Anastasia: the Lost Princess. The results of DNA tests on a piece of intestine that was claimed to be of Anastasia Manahan and found in Martha Jefferson Hospital stated that she was not the Grand Duchess but a Polish peasent and this ludicrous result in unacceptable for all of us that have followed and studied her story for many years. In fact Forensic and graphological testing done during the close to 40 year German lawsuit stated that she was the Grand Duchesss.

A new book published in Russia in 2014 and written by academician Veniamin Alexseyev states facts that proof that Anastasia was indeed Ana Anderson/ Anastasia Manahan. Mr. Alexeyev had access to Kremlin classified documents and to the dossier compiled by Grand Duke Andrei Wladimirovich who recognized Mrs. Anderson as his niece and which were thought had been destroyed after his death by the enemies of Anastasia. For further information on this please follow the link http://siberiantimes.com/other/others/features/respected-historian-suggests-lost-russian-princess-anastasia-fled-to-america/

Grand Duchess Anastasia is buried at Seeon Castle in Germany.

Tatiana’s fate is very little documented and some believe she was taken prisoner by the Soviets during the II World War and died in a Gulag and others she escaped to the United States.

Grand Duchess Maria also escaped from Russia. She was first taken to Moscow, where Chicherin made arrangements to send her to Ukraine. Once in Ukraine, she was under the care of General Alexander Dolgoruky. Three months later she married, in Romania, Prince Nicholas Dolgoruky (son of Alexander) and when she died she was buried in Rome. She had two daughters and one is still living in Belgium.

HER IMPERIAL HIGHNESS GRAND DUCHESS MARIA NICOLAIEVNA ROMANOV, before the fall of the Empire and as Princess Dolgoruky in Italy.

To those who believe the DNA ‘evidence’ that claim that the bones found in the mass grave are those of  ALL the Imperial Family and even though the British lab failed to provide the original lab report, I have news for you. Stanford University repeated the DNA tests and found no match to the Romanov family. In Japan there is actual blood from Nicholas from a 1904 assassination attempt and their DNA tests show no match for the bones the Russians conveniently ‘found’ in an area that had been searched many times including digging and seives to sift the clay topsoil. The Russians are desperate to close the case and are still fabricating evidence to this day  just like they did in 1918, 1919.

I have no doubt in my mind that the Imperial family survived. The secret Archives of the Vatican once opened to historians, will proof this and the book by Marie Stravlo will shock the world with its revelations based on never before published documents. The world deserves to know the truth.

GRAND DUCHESS ANASTASIA NICOLAIEVNA during different periods of her life.

On the 25th of September 2015 the Russian government has announced the decision to dig up the alleged remains of the Tsar and Tsarina for further DNA testing with the object of proving that the bone remains alleged to be of Tsarevitch Alexis and Grand Duchess Maria are so. The Russian government wants to bring this matter once and for all to a conclusion and to bury the bones with whom they consider to be the rest of the Imperial family. They have no intention of revising the previous findings that to my knowledge are a fabricated hoax.

They are comparing the DNA with DNA samples of Grand Duchess Elizabeth Feodrovna who is buried in Israel, and from blood samples of the Tsar Grand Father, Tsar Alexander II.

It is about time, in my opinion, to let the world know the truth and the time to also compare the DNA samples of the surviving daughters, Grand Duchess Maria (Princess Dolgoruki) who is buried in Rome, Grand Duchess Olga ( Marga Boodts) buried in Mennagio (Italy) and Grand Duchess Anastasia ( Anna Anderson) as there are hair strands that are kept in a safe place until the time comes.

Anything other than this will be a perpetuation of a historical lie!