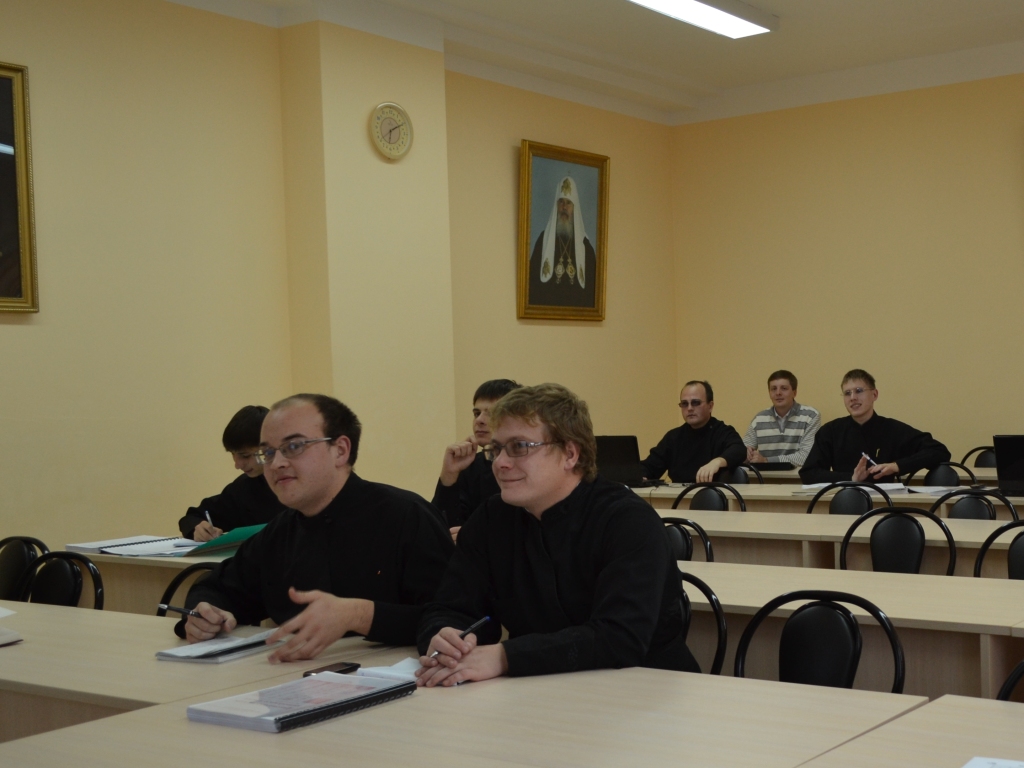 During the 2013-2014 school year, with the blessing of Metropolitan Ignaty of Khabarovsk and Amur, full-time students at the Khabarovsk Seminary will be introduced to the Chinese language. The purpose of introducing Chinese in the seminary program is to train a future pastor and missionary to do catechetical work among the Chinese.The teacher is Gennadiy Dmitrievich Konstantinov, who had graduated in Oriental Philology from Vladivostok State University and has experience in simultaneous translation from Chinese to Russian.

In the 2013-2014 school year, Chinese language classes will be attended by 4th year students (as a second foreign language) and by seminarians of the Amur Metropolia (as an elective). The course aims to teach students to communicate with native speakers on everyday topics. The course is planned to enable communication with native speakers, students and young people, and to participate in joint seminary and round-tables with foreign students, and short-term training in China. Beginning in the 2014-2015 school year, the Chinese language will be studied in all courses of the Khabarovsk seminary.

At present the seminary students master a minimal vocabulary of spoken Chinese, the basics of hieroglyphics and phonetics. Native speakers come to help them in this difficult matter; they are Chinese Orthodox who are willing to communicate with them on the domestic and religious topics.