A Miracle in Austria 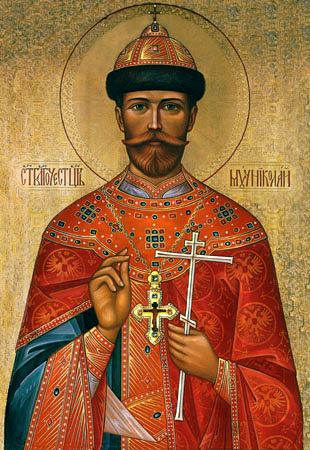 28 June 2014 marked the centenary of the tragic assassination, planned by freemasons, of the Austrian Archduke Franz Ferdinand and his spouse Sophia, Duchess of Hohenberg. This was the spark that lit the powderkeg of Europe and so led to the First World War. Carefully planned by international freemasonry and carried out by a manipulated young Bosnian student, the assassination successfully destroyed the old Europe for ever and led to the fall of Christian monarchies. Although warned not to visit Sarajevo by the Russian Imperial government, with whom the Archduke had been on excellent terms since his most cordial visits to St Petersburg in 1891 and 1907, he still went ahead with the visit.

The Archduke had become the heir apparent to the Austro-Hungarian throne on 19 May 1896, the feast of St Job and the birthday of the future Tsar-Martyr Nicholas II. In 1900 the pious Archduke married his future spouse Sophia for love and was totally devoted to her. In 1906 he put forward a plan to take power from over-powerful Hungarian aristocrats who so oppressed the Slavs in the Austro-Hungarian Empire and set about granting autonomy to over 12 different nationalities. Only such decentralization could ensure the survival of the Empire. He resisted pressures from the Hungarian elite and wanted to ensure peace with Russia and so Serbia, knowing that powerful French and Hungarian freemasons did not want that, but instead sought an Austro-Russian war. Hence their well-planned assassination in Sarajevo.

After the War the Hohenberg family was able to keep only the castle of Artstetten (http://en.wikipedia.org/wiki/Artstetten_Castle). During the Second World War, as convinced monarchists and therefore anti-Nazis, descendants of the family were imprisoned in Dachau, where they helped Jews and gypsies. This year, from 9 to 11 May 2014 the great-grandchildren of the Archduke invited to Austria an advisor of Metropolitan Hilarion of the Church Outside Russia, together with the Myrrh-Giving icon of Tsar Nicholas II from Moscow. It was here that a miracle took place. On 10 May at the castle of Artstetten in Lower Austria, towering with its onion domes over the Danube, before members of the family and the tomb of the Archduke, the akathist was read before the icon.

It was at this moment that ‘the background of the icon changed and the halo around the Tsar-Martyr’s head gave out rays of golden light; in turn his clothing shone and his face seemed as if it were alive, his mouth seemed to open and his lips moved as if he were speaking. His hand made the sign of the cross in blessing and a strong fragrance was given off; it seemed as though his figure was about to move forward from the background’. (Written by Princess Rosalia von Hohenberg). A deep impression was left on all present.