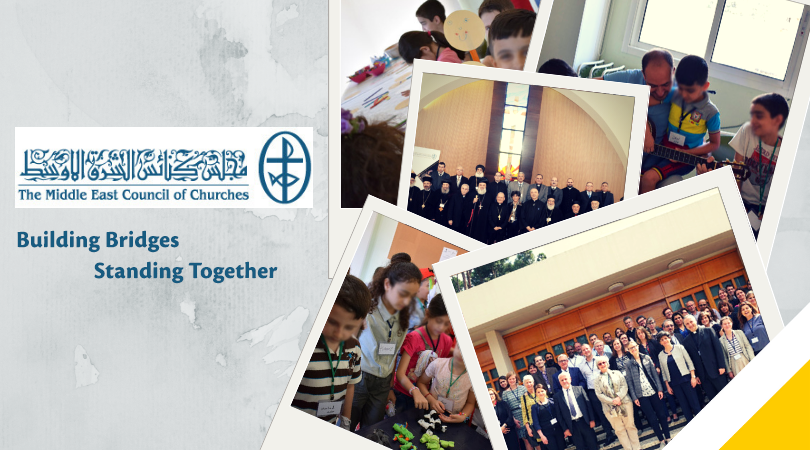 Cairo-Egypt: Read an article by Pope Tawadros II, Pope of Alexandria and Patriarch of the See of St. Mark, Supreme Head of the Coptic Orthodox Church published in Al-Karaza Magazine, March 25, 2022.

After World War II, (halted in 1945) which killed between 50 and 70 million, the world began to think of cooperations and unions. Based on the principle of dialogue and participation as an alternative to quarrels and conflict, people, governments and bodies began to form international and regional organizations at all levels, such as The United Nations with all its councils and organizations, operating worldwide in various fields such as health, agriculture, culture, education, migration, trade and others. So was the establishment of the Arab League, the Organization of Islamic countries, and others.

At the Christian level, it was the establishment of several international bodies such as the World Council of Churches (WCC), which was founded in 1948 that includes most of the Protestant and Eastern Orthodox churches. WCC does not include the Roman Catholic Church but presently has observer status. It is a scientific council based on dialogue, cooperation and a call for unity, which was called “the Ecumenical Movement”. It was founded in Amsterdam (Netherlands) but the headquarters is situated in Geneva, Switzerland. The council includes about 400 churches. The Coptic Church has been a member of WCC since the beginning, and we have an official representation in the body. The General Assembly is held every 7 years in one of the continents. This year the General Assembly will be held in Europe (Germany) with the theme “Christ’s love pushes the world towards reconciliation and unity.”

Thus, the Council includes the overwhelming majority of Christians of the East, belonging to four major church families. The purpose of the Council is to promote the spirit of Christian unity, by providing avenues for dialogue and conducting joint studies and research, and establishing common prayers for cooperation and mutual understanding. MECC also serves as a defender and advocate of human rights. To provide justice and equality in citizenship is a priority for the work of the Council, which also participates and cooperates in social issues that contribute to achieving coexistence in the Middle East, which has a comprehensive human history and heritage and is the cradle of three major world religions- Judaism, Christianity and Islam.

Thus, the Middle East Council of Churches is considered an association of churches in their service and witness to the Lord Christ. It derives its authority and legitimacy from the Christian member churches collectively, taking into account the administrative structure of the Council, which is based on the family and under which the combined churches of full communion include. Therefore, there is no one head of the council, but four presidents, i.e. a president from each family in periodic alternation.

In February 2013, the Egyptian Council of Churches (ECC) was established. It has five members: the Coptic Orthodox Church, the Catholic Church, the Evangelical Church, the Greek Orthodox Church and the Episcopal Church. It upholds the same approach as other Christian councils in preserving coexistence through cooperation, dialogue, social work and serving the Egyptian community.

In 2022, for the first time, the Coptic Orthodox Church will host the conference of the General Assembly of the Middle East Council of Churches in the twelfth session with the slogan: “Take courage! It is I. Don’t be afraid.” (Matthew 14:27). Although the MECC was established 48 years ago, it is the first time that the General Assembly is being held in Egypt, which will be hosted by one of the oldest churches in the world. Together with this, the Egyptian government will initiate spiritual tourist destinations in the country, which will be open to all people around the globe.

The holding of meetings of the General Assembly and the attendance of leaders and members of all the churches of the Middle East is an opportunity to see the renaissance of the new republic in the land of Egypt, by reviewing the great projects and achievements in all fields, led by His Excellency President Abdel Fattah Al-Sisi, the Egyptian government, the armed forces, the national police and all state institutions.