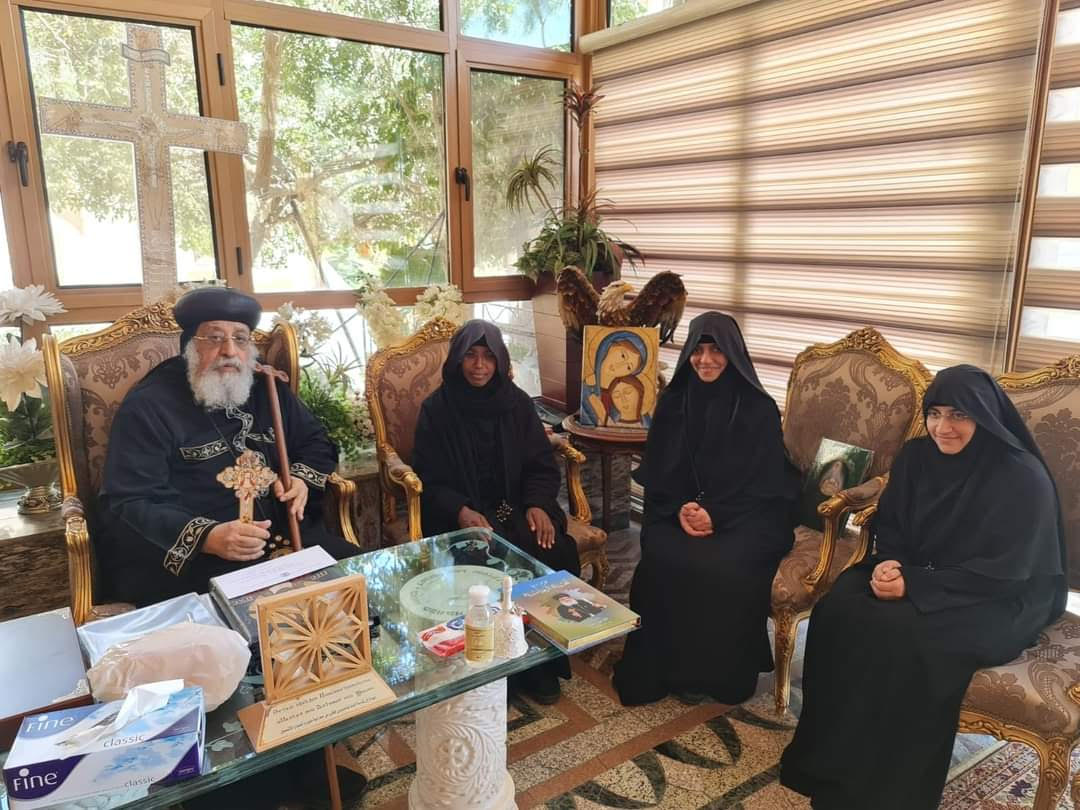 Cairo-Egypt: The Head of the Eritrean Orthodox Church, ‘Patriarch’ Abune Kerlos (Cyril) has sent an official letter to Pope Tawadros II regarding the relationship between Eritrean and Coptic Orthodox Churches. In the letter, Abune Kerlos expressed his desire to develop relations with the Coptic Church in all areas including spiritual, pastoral and monastic domains.

The letter was delivered to Pope Tawadros II through an official delegate (Eritrean Nun) who is on a visit to Saint Demiana in Al-Barari monastery in Egypt. She along with the inmates of the monastery visited Pope TawadrosII and handed over to him the letter from the Primate of the Eritrean Church.