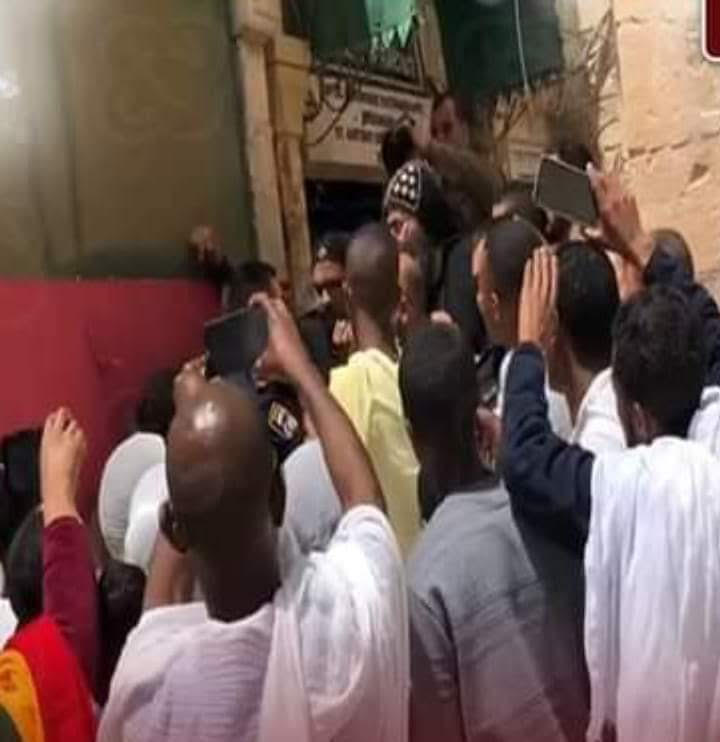 Holy Land – Jerusalem: The night after Palm Sunday witnessed clashes between Coptic (Egyptians) and Ethiopian Orthodox faithful at the monastery of Deir Al-Sultan (Monastery of the Sultan), located on the roof of of the Holy Sepulcher in Jerusalem’s Old City. Ethiopians stated that the Egyptians painted their flags in the part of the monastery owned by Ethiopians. (the flags were painted on the wall of the entrance of the Monastery).

On the other hand, Copts stated that Ethiopians raised their flag inside the Monastery, which is contrary to the laws. Hence Anba Antonios, the Coptic Metropolitan of Jerusalem, ordered the flag of Egypt to be drawn on the main gate of the monastery in response to the actions by the Ethiopian Orthodox faithful. Israeli police asked Ethiopians to remove their flag so that they shall make sure that the Egyptian flag is removed as well. None were injured during the clash.

Clashes between Greek and Armenian Orthodox as well as between Coptic and Ethiopian Orthodox faith are usual over the control of properties in Jerusalem.

NEWER POSTThe Governor of Cairo Participated in the Celebrations of the Feast of the Resurrection of the Armenian Orthodox Patriarchate in Egypt
OLDER POSTThe ‘Head’ of Eritrean Orthodox Church Writes to Pope Tawadros II, Urge for Meaningful Ties Between Churches