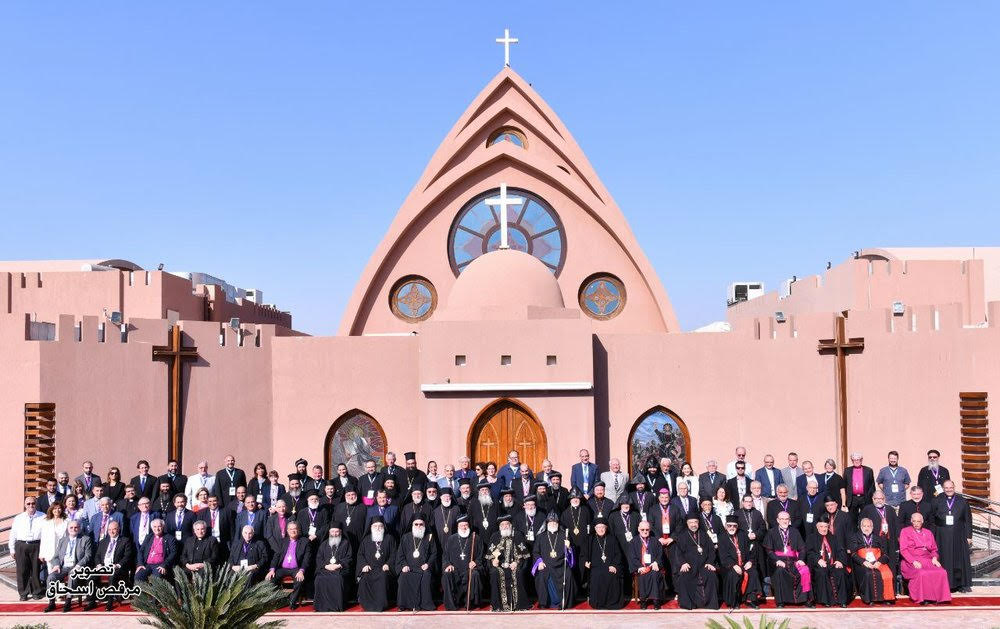 Cairo-Egypt: The most important decisions issued at the closing session (20/5/22) of the Middle East Council of Churches (MECC) in Egypt (May 2022) are as follow:

A- Renouncing violence and fanaticism of all kinds and forms, rejecting extremism, terrorism, exclusion and discrimination based on religion, race, colour, gender, and others.

b- Solidarity with the marginalized and vulnerable, refugees and displaced persons, and an appeal to officials and the international community to work for their return to their land.

C- Respecting the freedom of belief, consolidating the values of citizenship and a common life with the Muslim brothers with whom we share a mutual respect.

D- Supporting churches and believers in Jerusalem, the duty to preserve the holy places, and reminding the international community and the peoples of the world of the importance of strengthening the Christian presence in the City of Peace.

E- Urging officials and decision-makers to work hard to address the crises rampant in the various countries of our Middle East region, especially the deteriorating economic situation, in order to put an end to the suffering that burdens people, which requires a pause of conscience to uphold the common interest above all considerations

The General Assembly stressed that the Christian presence is the core of the entity of the East and that Christians have made great contributions to building their countries and prosperity, and they will remain rooted in this land and as genuine partners in its renaissance and building its present and future, no matter how intensified the storms and challenges are.

In the closing session, the General Assembly elected four presidents, representing the four ecclesiastical families that constitute the MECC:

The General Assembly also elected the members of the new Executive Committee and concluded its work by confirming the election of the Secretary-General of the Council, Dr. Michel Abs, who had been elected by the Executive Committee at its meeting in Bkerke – Lebanon, on September 18, 2020.