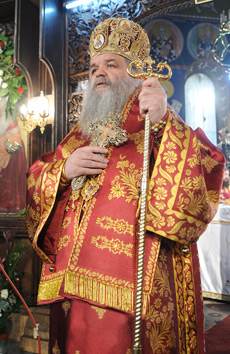 Stefan – Archbishop of Ohrid and Macedonia, Metropolitan of Skopje, and primate of the Macedonian Orthodox Church. Pic – Wiki