Orthodox Churches Continue to Suffer from Shelling in Ukraine 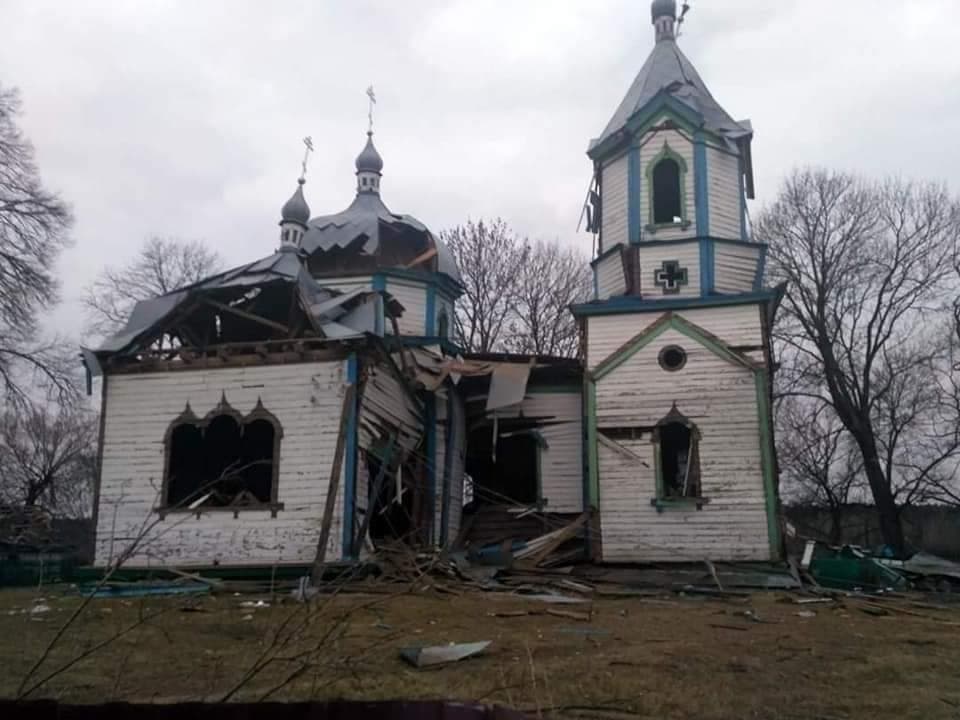 Kiev-Ukraine: Several Church and monastery buildings in Ukraine continue to suffer from shelling as a result of the on-going conflict between Ukrainian and Russian forces. Two ancient churches in the Zhytomyr and Kyiv regions were destroyed, and a church and a monastery in Chernihiv were damaged by shelling on the 7th of March 2022.

St. George Church (founded in 1873) of the Boryspil eparchy of the Ukrainian Orthodox Church was burned down as a result of shelling   As a result of the night shelling in Chernihiv, the church of the Kazan Icon of the Mother of God was damaged . The fence and windows of the church were partially destroyed. Buildings of the Yelets Monastery in Chernihiv were damaged as well.

Previously, on the 3rd of March, the Dormition Orthodox Cathedral of Kharkiv was damaged by shelling as result of the ongoing conflict between Ukrainian and Russian forces. Churches in Luhansk, Nizhyn, Kyiv and Donetsk dioceses were also damaged as a result of the shelling.