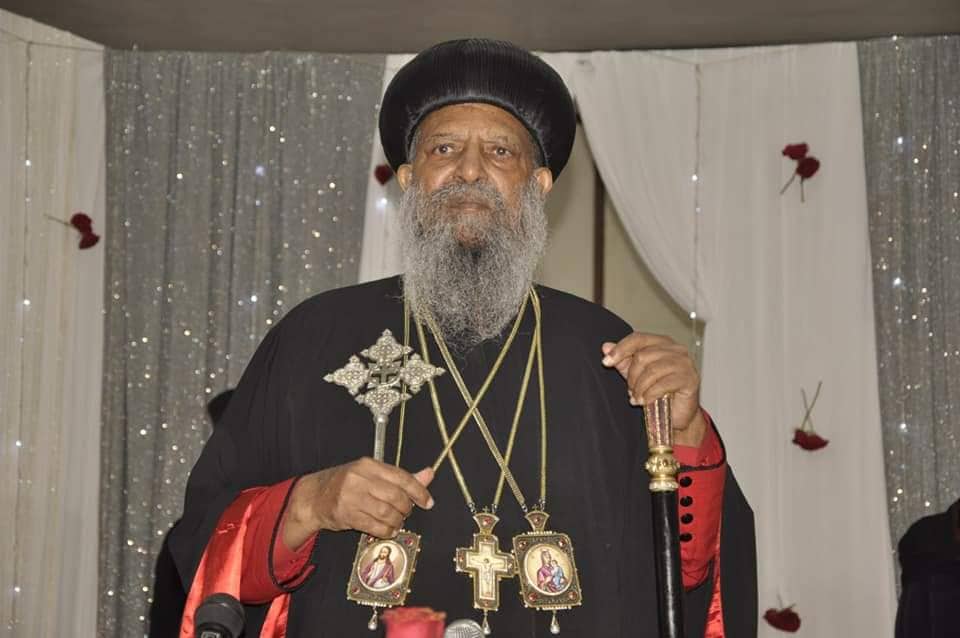 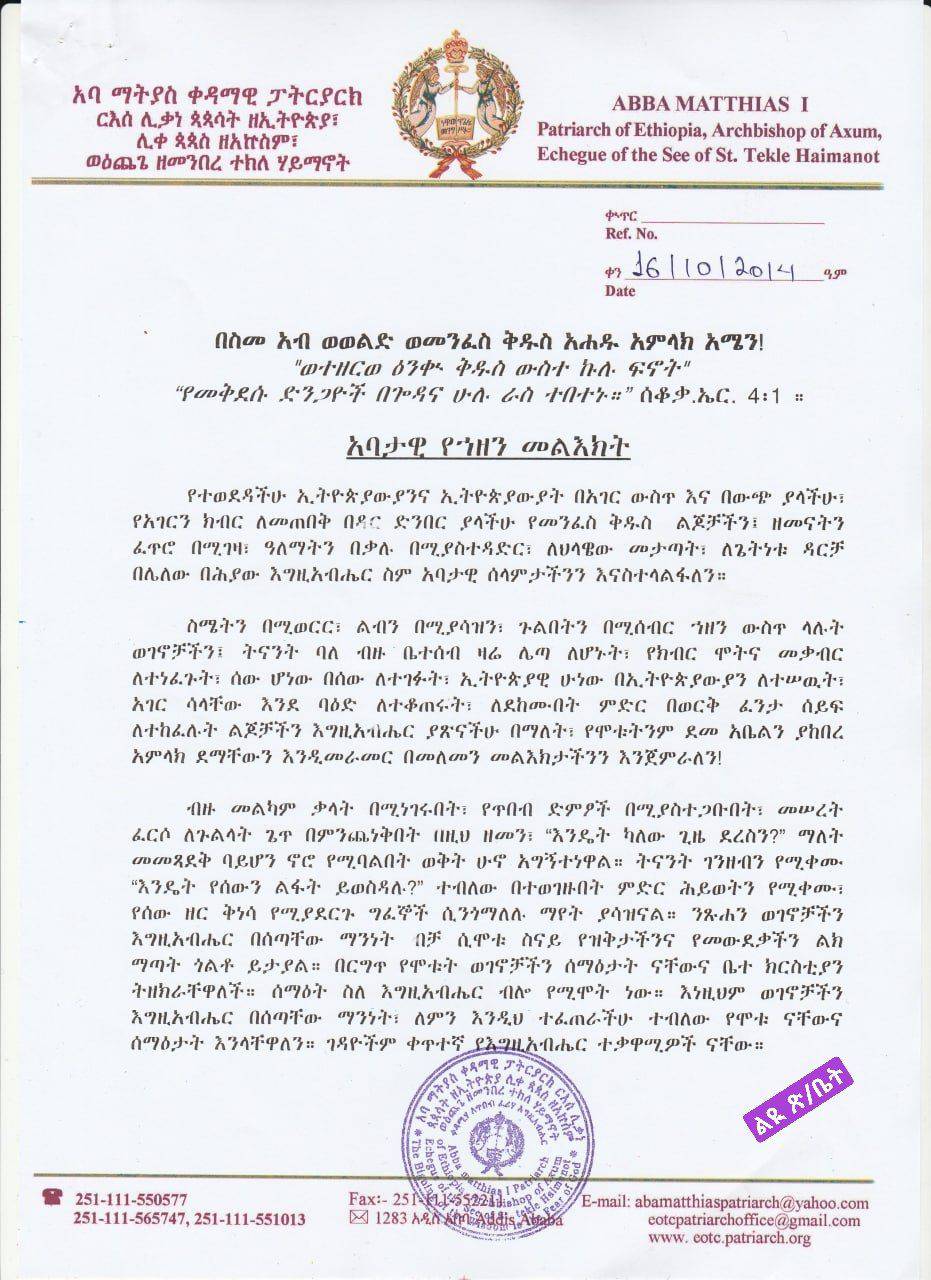 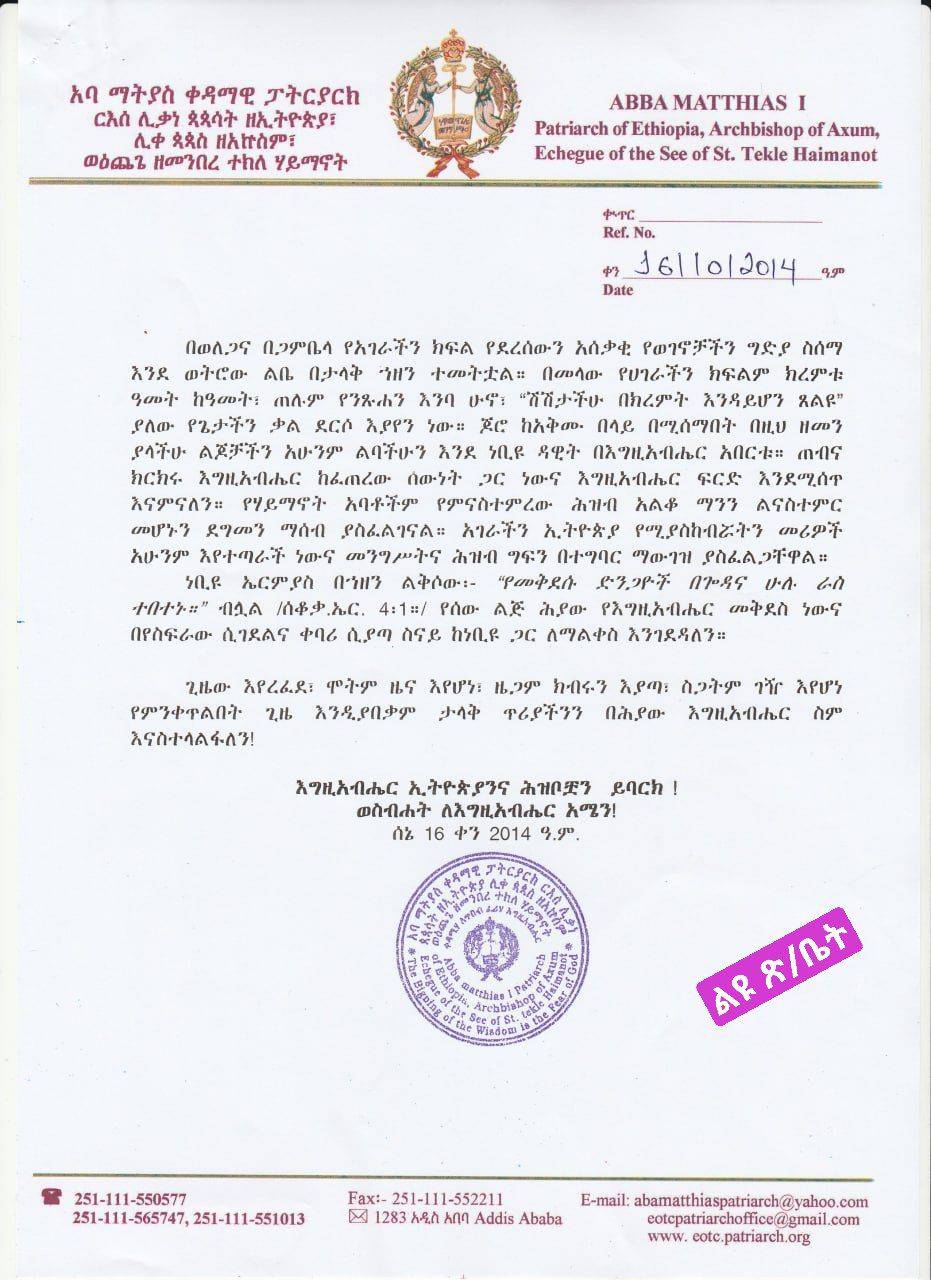 Addis Ababa-Ethiopia: Abune Matthias, the Patriarch of the Ethiopian Orthodox Tewahedo Church, condemned, on Thursday, June 23, 2022, the brutal massacre of more than 500 ethnic Amharas in Western Wollega Zone of the Oromia Regional State.

The Patriarch described the barbaric act that an eyewitness equated to ‘being killed like chickens’ which took place on Saturday, June 18, 2022, as an “ethnic cleansing”. The victims of the slaughter were mostly muslim women and children. His Holiness, in his message of condolence, termed those who were killed as “martyrs” since they were slain for just being creatures of God. In the same statement, the Primate called the perpetrators of the heinous deeds, in which pregnant women were sliced open, as “Direct Opponents of God”. Abune Mathias has also expressed his grief over attacks on civilians in Gambella which happened in the same week.

Such brutality has become a norm in Ethiopia, particularly in Wollega, since the current administration took power. The culprits were identified by victims that survived as OLA/OLF (Oromo Liberation Front/Army) guerilla fighters that were aided by local officials and militia. The UN (United Nations) has called for an investigation into the matter while different powers, like the United States of America and Iran, expressed their grief over the loss of lives.