‘Forward or Backward: Which Way Does God Want Us to Move?’ by Thomas S. Acker & John G. Panagiotou 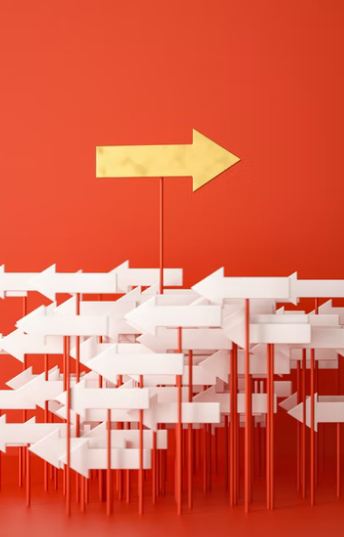 “The Kingdom of God is at hand. Repent and believe the Gospel” (Mark 1:15). There is a key verb in that phrase that is used twenty-one more times in the Gospels of Mark, Mathew, and Luke. The verb is translated in two ways that are diametrically opposite in direction and vision. That word in the Koine Greek is metanoia as a noun or metanoeo as a verb. It is translated above as “repent.” The Southern Baptist Biblical scholar Archibald T. Robertson described the translation of metanoia as “linguistically and theologically a tragedy” and quotes his father-in-law Broadus as saying, “This is the worst translation in the New Testament.”

This early use of the word metanoia in Mark’s Gospel represents the first words with which Jesus announced His mission beginning His public life. This is important since it is the first seed Jesus plants, “The time has come and the reign of God is near, metanoiete and believe the Good News” (Mark 1:15).

Allow us to analyze this compound word, metanoia. It is composed of two parts, meta and noia. Meta is a prefix that has a meaning of forward, beyond, after, ahead, and what is next. The word noia is the noun which relates to the Greek word nous which means “thought or mind.” The more literal translation would be to “think forward” or “mind ahead” much akin to the Apostle Paul’s injunction which calls us to model “a new mind” (Romans 12:2). Meta is the prefix that got mistranslated and turned around in time, mood, and interpretation. Meta does not turn you around to look backward or repent. Rather, meta says think ahead or forward.

Even in other English words, the prefix meta is used properly with the understanding of “advance.” Examples of this are: metaphysics as the study beyond physics. Metamorphosis addresses the study of what next in the development of an organism or object. The translation “repent,” on the other hand, is a Latin word that reflects backward. It is sackcloth and ashes. “Think back” it says. It recalls the past and generally engenders sorrow for mistakes.
The Greek word metanoia thinks forward, like planning, thinking beyond today and tomorrow. Metanoia eyes the future with a hopeful yes. The two concepts, think ahead and repent, operate in different frameworks and timeframes. One is optimistic and visioning, the other is looking backward and regretting. The word “repent” strikes one in English as off-key from the other two phrases, “Good News” and “Kingdom of Heaven.” How is repent congruent with Good News? Most of us would like to forget parts of our past, put negative elements behind, not forward.

Is repentance the word Jesus wanted to instruct His followers as the Good News? Did He send His Apostles out to say repent as the fundament of the Gospel message? The rest of the agenda was uplifting: cure people, anoint the sick, cast out demons, give sight to the blind, restore hearing to the deaf. The Kingdom of Heaven is near.
The message of the Gospel, the Good News, takes on a different mood when one repeats again and again: repent. Of course, we have need of repentance, “a cleaning of the closet,” but who wants to be reminded repeatedly of the failures of the past. God forgives and forgets.

Recall that in Jesus’ day, Judaism believed that after death good people were only assured of the eerily silent underworld of Sheol or Hades This was akin to the terracotta army statues discovered in 1974 in China. Afterlife was a dead life, an impersonal life, still and lifeless, and underground. The Good News that Jesus preached, however, was the Kingdom of Heaven. This is a personal reward, a living world, which is above. The resurrection of Jesus is the promise fulfilled. “Christ is Risen and so will we be raised!” 1 Cor.15:20

Jesus is not ordering us to retreat, but rather imploring us to “advance our thinking.” The tone is not one of go back, sorrow in heart, and bowed head. Rather, metanoiete is the command to think ahead, to envision the future, the Kingdom of Heaven is on the horizon. This changes the mood of the people of God. Metanoia is a very positive word in Greek. We are exhorted to lift up our hearts in the Liturgy. This harmonizes with words that the Good News and the Kingdom of Heaven are near. In reading all of the Gospel passages with the root word metanoia with this understanding, one sees that they reflect a positive platform. It is telling us, “Don’t look back, but think ahead.”
This faulty translation “repent” is in almost all English publications of the New Testament. What are we to do? As we enter the Lenten period preparing for the Paschal celebration of Easter, it is a great moment for a forward-looking instructive homily for a dispirited world.

Errors have crept into our lives as it has in this traditional translation. Sometimes as with Jonah the Prophet we have gone West when God has directed us to go East. Christ beckons us to look upward. The Name of Jesus is mercy. Jesus commands us to stand up, to look forward, and advance. Jesus tells the paralytic, “Take up your bed and walk.” Plan for the Kingdom of Heaven. Believe the Good News. Think ahead! The Kingdom of Heaven is close at hand.

Dr. John G. Panagiotou is an Orthodox Christian theologian, scholar, and professor who resides in the Charleston, South Carolina area. He holds teaching positions at Cummins Memorial Theological Seminary, Erskine Theological Seminary and Wheeling University. Dr. Panagiotou is the author of the best-selling book The Path to Oikonomia with Jesus Christ as Our Lighthouse [OCP Publications, 2020].