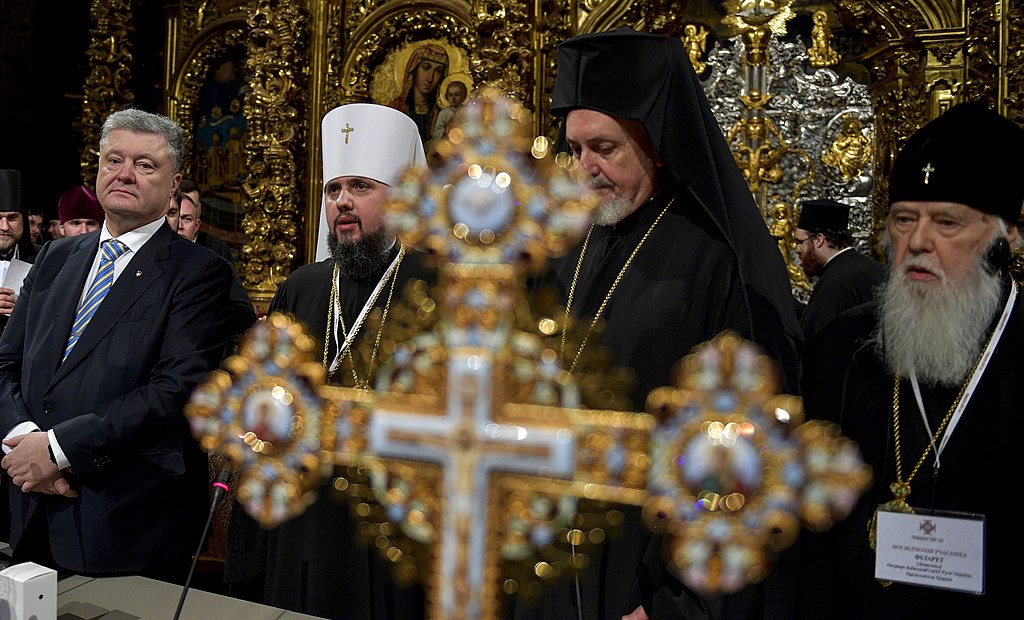 Kyiv-Ukraine: The Synodal session (held on 12/5/22) of the Ukrainian Orthodox Church (Moscow Patriarchate) issued the below statement:

We note with sadness that all these facts (war) are the result of the erroneous religious policy during the presidency of Petro Poroshenko and the destructive ideology of the so-called Orthodox Church of Ukraine. We are convinced that such activities of the previous government and the OCU became one of the reasons for the military invasion of Ukraine. We believe that criminal actions against the Ukrainian Orthodox Church are signs of subversive and subversive activities and are also a consequence of the inaction of the State Service of Ukraine for Ethnopolitics and Freedom of Conscience, which aims to regulate interreligious relations in Ukraine. We consider inadmissible attempts to ban the activities of the Ukrainian Orthodox Church. Any decisions to ban our Church and restrict the rights of its believers are criminal and violate the Constitution of Ukraine. Such actions can be described as an act of national suicide.

The Synod also stated that the Ukrainian Orthodox Church immediately condemned the Russian Federation’s military aggression against Ukraine and insisted that war was a great sin. That is why our Church has repeatedly called for an end to the bloodshed and, by starting the negotiation process, to resolve the conflict through dialogue and not with weapons. Unfortunately, attempts at peace talks did not yield the desired result. On the contrary, today rocket attacks and bombings have covered almost the entire territory of our country. The Ukrainian Orthodox Church fully shares the pain and suffering of the Ukrainian people. Fourteen out of the fifty-three dioceses of our Church are suffering from hostilities. There are more than 3,000 parishes and 62 monasteries in these dioceses, where, even at the risk of their lives, 3,500 priests and almost 2,000 monks and nuns continue to serve. But, despite such difficult circumstances, we are confident that Ukraine will survive and maintain its statehood. Intensified prayers of our bishopric, clergy, monks and laity are offered in all churches and monasteries. The Ukrainian Orthodox Church supports and will continue to support the defenders of Ukraine and provide charitable assistance to the needy. We sincerely believe that the Lord will bless the Ukrainian land and its God-loving people with peace.