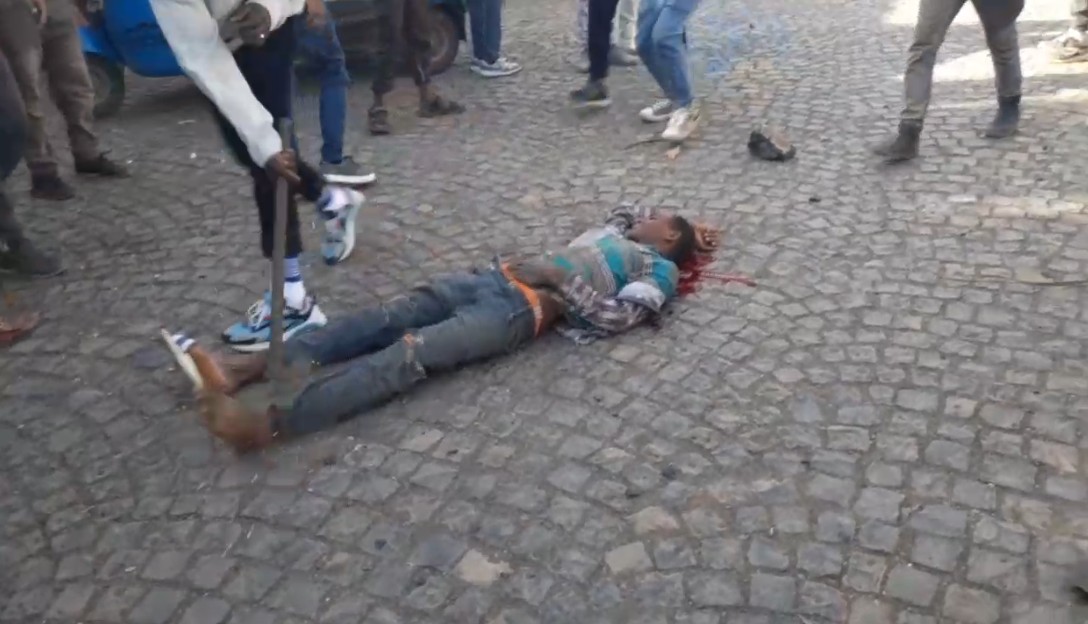 A victim of the conflict lying dead on the streets of Gondar. Pic- ESG.

Godar- Ethiopia: According to reports, five Orthodox believers were killed and have been denied proper burial in the historic city of Gondar. The incident was followed after a series of conflicts that erupted between Muslims and Orthodox faithful on Tuesday, April 26, 2022, related to land rights after a procession and burial for a prominent Muslim elder (Sheikh Kamal Legase) took place at a mosque that is located adjacent to a church.

Conflicts emerged after days of instigations by Muslim clerics through different Islamic Media regarding street Iftar programs to be held in “Mesqel Square” (Square of the Cross) of Gondar angered the Christians of the city. Such tensions have been brewing for some years now in the city and the rest of the country after Wahhabi movements amassed larger followers than indigenous Islamic thoughts and teachers. Regional and national inter-religious councils throughout the country denounced the conflict, which took the lives of Christians and Muslims. A total of 13 people were killed in the conflicts (5 Christians and 8 Muslims).