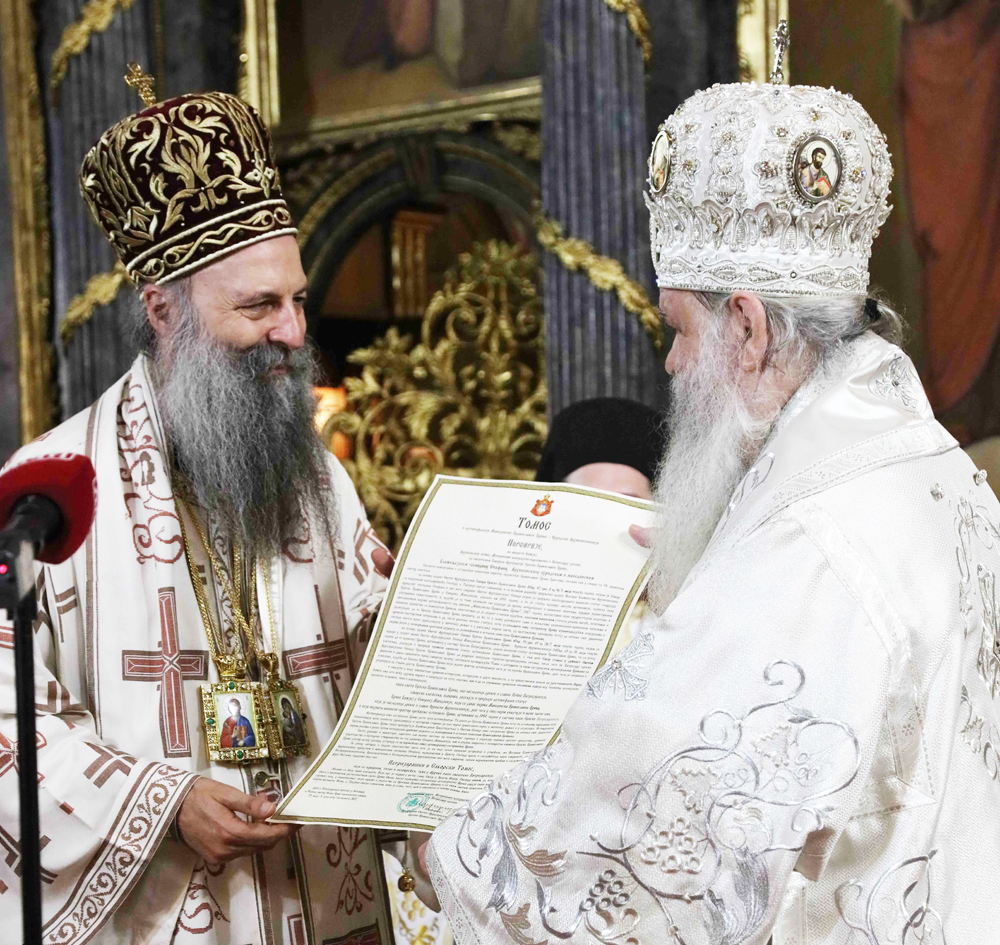 Belgrade- Serbia: On June 5, 2022, after the Liturgy served in the Cathedral of the Holy Archangel Michael in Belgrade, Patriarch Porfirije of Serbia presented Tomos of Autocephaly to Archbishop Stephen, Primate of the Macedonian Orthodox Church – Ohrid Archbishopric. A large number of Bishops, clergy and faithful from Serbian and Macedonian Churches witnessed the historic event.

Last month in a surprise move the Holy Synod of Bishops of the Serbian Orthodox Church unanimously recognized the Autocephaly of the Macedonian Orthodox Church – Archbishopric of Ohrid.
A reconciliation liturgy was con-celebrated on the 19th of May 2022 in the capital city at the Cathedral of St. Sava in the presence of Archbishop Jovan of Ohrid of the Serbian Patriarchate.