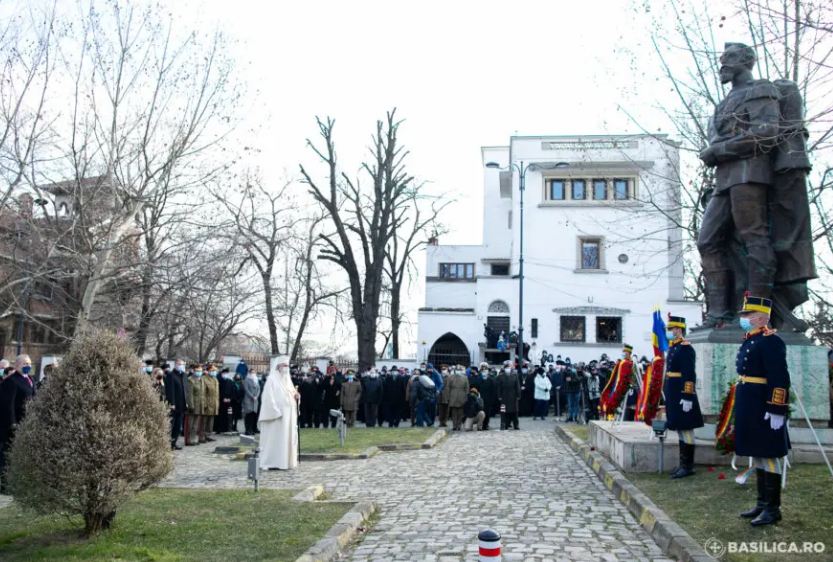 Bucharest-Romania: Patriarch Daniel prayed for national unity on the occasion of the 163rd anniversary of the Union of the Romanian Principalities 0n 24th of January 2022.

“Today, at the Te Deum service in the Patriarchal Cathedral, we prayed to the Most Holy Trinity, the eternal Source of unity and communion, to help us preserve and permanently cultivate national unity, peaceful coexistence and dignified cooperation with other peoples for the welfare of the Romanian people and of Romania,” stated the Patriarch on the occasion.

The Patriarch praised the role of the Church in national unity by stating that ““Through hierarchs, priests, monks and lay theologians, the Romanian Orthodox Church contributed to this fundamental act of our history both in Moldavia and in Wallachia”.

The Patriarch paid honour to the statue of Prince Alexandru Ioan Cuza near the Patriarchal Cathedral after the service.