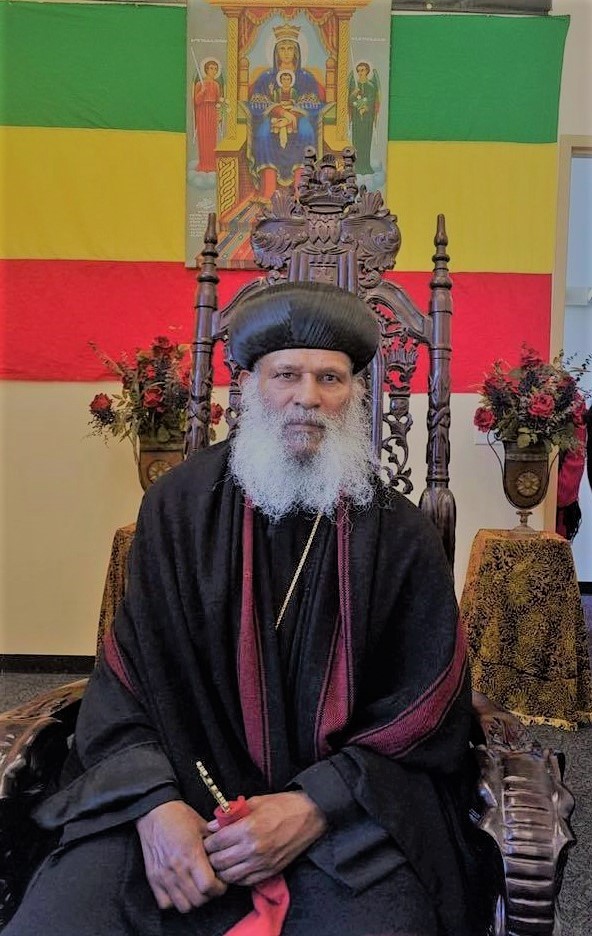 Addis Ababa- Ethiopia: Abune Merkorios, the Co-Patriarch of the Ethiopian Orthodox Church entered eternal rest at the age of 84 in Addis, the capital city of Ethiopia. The late Primate of the Ethiopian Church was hospitalized for medical treatment for over a week. Abune Merkoris was elected the Patriarch of Ethiopia, upon the demise of Abuna Takla Haymanot in May 1988 during the rule of Communist’s DERG regime. However, he had to flee abroad when the Ethiopian People’s Revolutionary Democratic Front (EPRDF) came into power by overthrowing DERG. After several years of exile in the US, he was reinstated as Patriarch alongside Abune Mathias in August 2018.

Brief Bio of the Patriarch Abune Merkorios
Patriarch Abune Merkorios (previously known as Abba Ze Libanos Fanta) was born during the Fascist Italian occupation into the lower nobility of the then Beghemidir province in 1937 in the district of Mar Midir near Debre Tabor. His parents were Blata Fanta Tessema and Woizero Lemlem Gesese. He studied as a child at the monasteries of Aregit Kidane Meheret (near his birthplace), and Atchitan Kidane Meheret in Beghemidir, and then travelled to Gojjam province to further his traditonal church education and studied first at Gonj Tewodros Monastery, and then the great Washera Monastery. He then returned to Beghemidir/Gondar to study at Agat Debre Tsion, Meneguazer, and Qut Abune Aregawi. At all of these locations His Holiness studied specialized categories of traditional church education and liturgical practice, namely poetry (qine) and various forms of liturgical chant (Diggua, Tsome Diggua, Meraf, Aquaquam, and Zimare Mewasit). He became a noted expert of Diggua in particular and qualified to teach it after being examined by the expert scholars at Bethlehem in Gayint district. He then returned to his first Monastery Aregit Kidane Meheret to teach what he had learned to novices for the next 7 years.

He entered the island Monastery of Daga Estifanos and became a monk in 1968, and was ordained a monk-priest by Abune Markos, Archbishop of Gojjam, in that same year. He later moved to the Gashola Monastery to study the monastic rule there for two years. The then Abba Ze Libanos Fanta moved to Addis Ababa where he served at Holy Trinity Cathedral and also studied modern subjects in the Holy Trinity Cathedral School earning his secondary school diploma. He went on to serve as the administrator of the Bisrate Gabriel Church and was in that position when he was elevated to the position of Bishop of the Ogaden by Patriarch Abune Tekle Haimanot in 1979. He was later further elevated as Archbishop of Gondar in 1980. Following the death of Patriarch Abune Tekle Haimanot, Patriarch Abune Merkorios was enthroned as Ethiopia’s fourth Patriarch in August 1988. Following the fall of the Derg regime in 1991, Patriarch Abune Merkorios was forced down from the Patriarchal throne under duress from the new ruling authorities. He fled the country in 1993, followed by several Archbishops and set up the Synod in Exile.