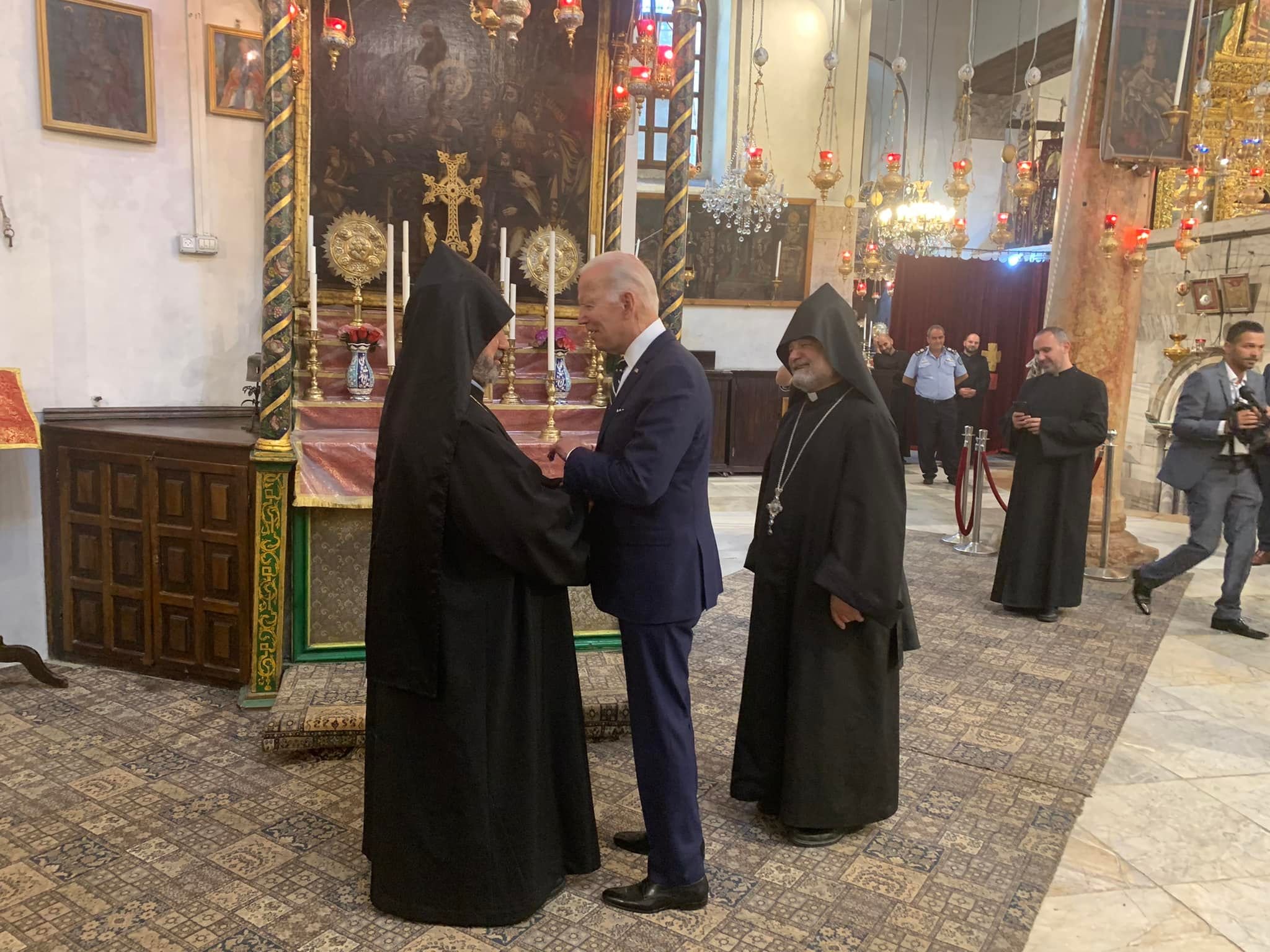 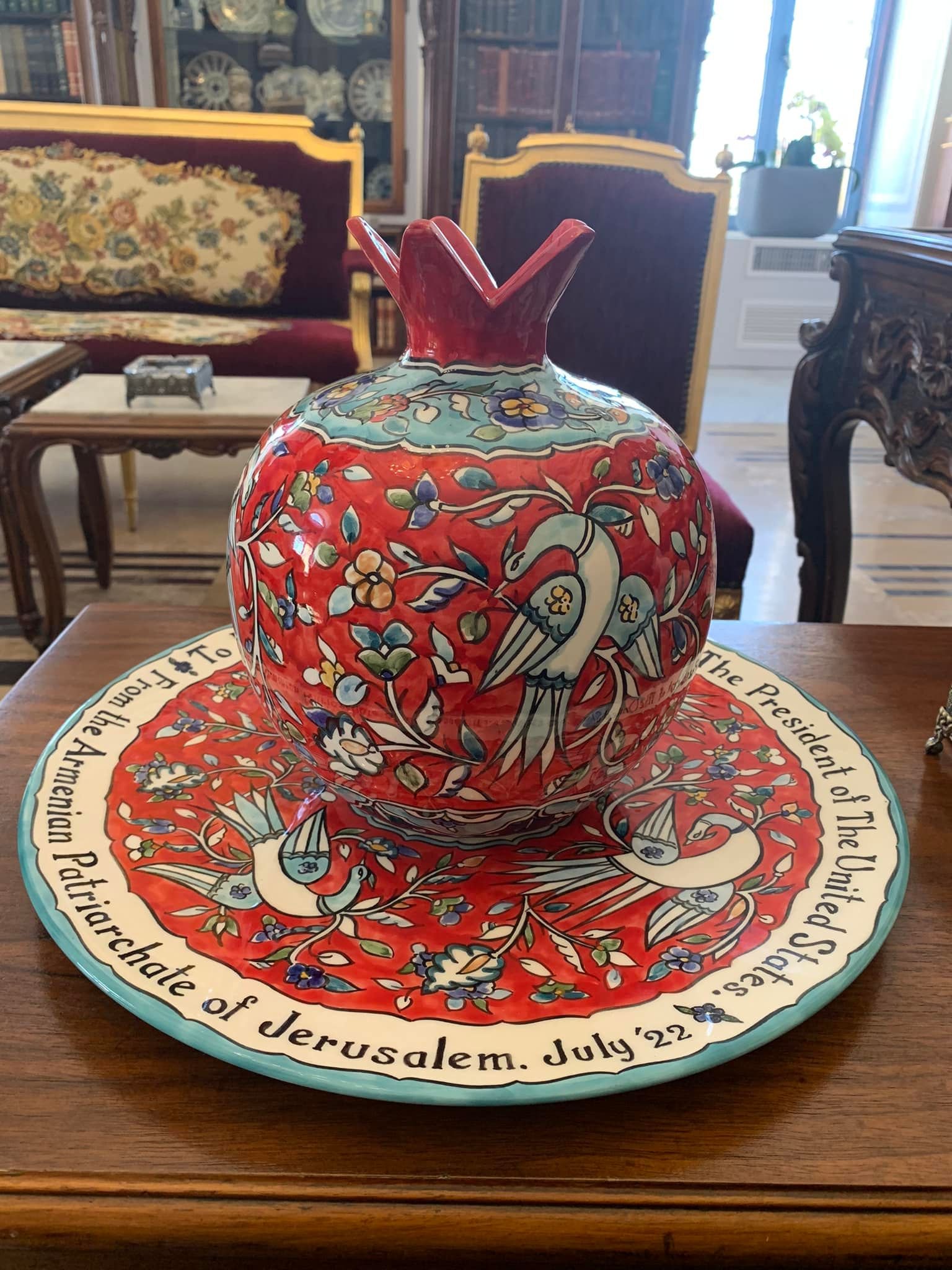 Holy Land- Bethlehem: His Beatitude Patriarch Nourhan Manougian thanked U.S. president Joe Biden for recognizing the Armenian Genocide during his visit to the Church of the Nativity in Bethlehem on 15th July 2022. As a token of love, Patriarch presented the president with a plate and pomegranate of Armenian artistic pottery.

The 107th Anniversary of the Armenian Genocide Held

Joe Biden became the first President in the history of America to officially recognize the Armenian Genocide on the 106th anniversary of the Armenian genocide on the 24th of April, 2021. Biden in his speech stated that “Each year on this day, we remember the lives of all those who died in the Ottoman-era Armenian genocide and recommit ourselves to preventing such an atrocity from ever again occurring”.

The Armenian Genocide was one of the worst crimes against humanity, committed by the Ottoman Turks against the Armenian people in the Ottoman Empire during the. W.W. I. Syriacs, Aramean, and Greeks were killed in large numbers as well.