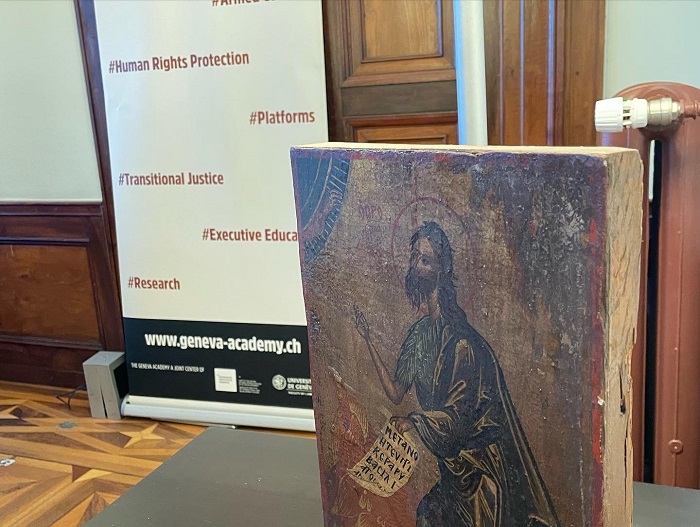 Happening now at the @geneva_academy! #Restitution of the looted icon of St. John the forerunner to the church of #Cyprus. pic.twitter.com/1KsBVJfVfl

London-UK: A representative Archbishop Chrysostomos II of Cyprus received an 18th-century icon that was taken by a British Royal Air Force officer in 1974 during the Turkish invasion of the Cypriot island. The handing over of the icon (St. John the forerunner ) took place at the Academy of International Humanitarian Law and Human Rights in Geneva.

The son of the late British Royal Air Force officer decided to return the icon to the Church of Cyprus which was placed in a box for many years.