Abunas of Woldia : The Selfless Shepherds to Christians and Muslims 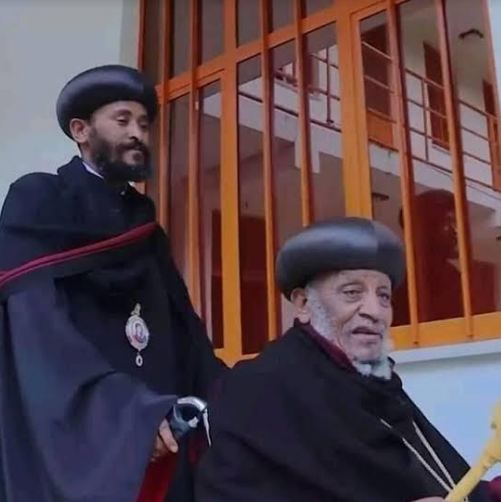 Ethiopia: The conflict in North Ethiopia still continued for more than 1 year. A large number of people were killed due to conflict, and drought. Several civilians and an armed injured, an unknown number of women were raped (from little girls to old nuns), a number of churches and monasteries were burned and destroyed in Tigray, Amhara and Afar regions.

Woldia, the capital of the Northern Wollo zone of Amhara regional state is one of the cities affected by the conflict. A group called itself as Tigray Defense force controlled the city for more than 4months and in those months the city was unable to get basic need supplies like food and drinking water.

Fathers of the Ethiopian Orthodox Church, namely Abuna Kerlos (Cyril) and Abuna Ermiyas (Jeremiah), the former and current Archbishops of Northern Wollo and Kemisse Dioceses extended their helping hands to all residents of Wollo irrespective of their religious and ethnic affiliations.

The former Archbishop is an elderly person and refrains from diocese administration. The latter is one of the youngest Archbishops of the Ethiopian Church, who is responsible to oversee the functions of the two dioceses.

During the conflict, Abune Kerlos helped his people in prayer and Abuna Ermiyas coordinated Woldia citizens to help each other, confront the armed groups to minimize losses, collect food from the community and distribute it to the needy, gather generators and fuels from businesses like banks, mills and others. He hosts and leads daily prayer in the church from the 1st day of the conflict.

Video: A Muslim man in Woldia shares his witness about Abuna Ermiyas as he saved his life and many others. He calls the Archbishop the Father of Muslims and Christian of Woldia.