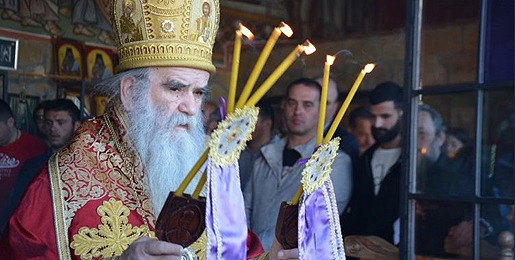 The last in a series of vandal acts of violence in Pljevlja directed against the local Islamic Community is a tremendously shameful act for its perpetrator. It is dishonorable and cowardly to commit such misdeeds during the night, regardless of the motives of the main perpetrator of this event.

We cannot reject the impression that this is a deliberate provocation that aims to disrupt relations between the citizens of Pljevlja and the whole of Montenegro on the basis of religious affiliation. We will not draw premature conclusions, but the fact that several incidents remain unsolved suggests that this is not an authentic form of religious hatred and intolerance and hooliganism, but a deliberate plan to raise tensions over the election outcome, which, unfortunately, already has yielded its results, which we could see yesterday already in Rozaje.

Let’s not forget that in the previous period, the police – within just a few hours – found and arrested people who wrote anonymously on social networks or painted tricolors, that the prosecution punished them expressly, yet now we are facing the fact that violent incidents are far from being solved with the same efficiency.

Whoever the perpetrators of these acts are and whatever their intentions are, they are certainly not benevolent to any citizen of Montenegro and should be held accountable for their misdeeds. The attack on the Muslims of Pljevlja is the attack on every Christian in Pljevlja and on every citizen of Montenegro. The Pljevlja Monastery is dedicated to the Holy Trinity, the God of Love, and whoever spreads hatred, distances himself from that God’s Love and God’s blessing.

Metropolitan Amfilohije of Montenegro and the Littoral