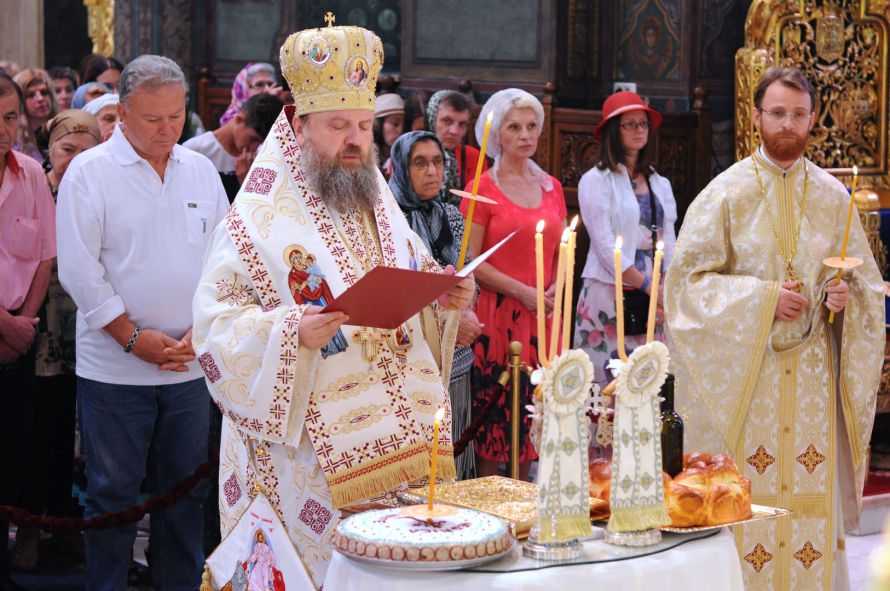 The faithful present Sunday, 28 August 2016, at the Patriarchal Cathedral prayed together with His Grace Timotei Prahoveanul, Assistant Bishop to the Archdiocese of Bucharest, for the Romanian heroes who fell in the battlefields of the World War I for national freedom and dignity.

On 27 August 2016, it was 100 years since Romania entered World War I. On 27 August 1916, it was decided, within the Crown Council held at Bucharest Cotroceni Palace in the presence of King Ferdinand I and of Prince Carol II, inheritor of the throne, that Romania had to join the war, on the Entente’s side.

On this occasion, the Assistant Bishop to the Archdiocese of Bucharest celebrated at the Patriarchal Cathedral, after the Divine Liturgy, a solemn commemoration service for the Romanian heroes sacrificed in the battlefields of the World War I.

His Graced urged, in sermon delivered, to honour those who gave their lives for national freedom.

World War I broke out in the summer of 1914. The military confrontation in which 33 states from five continents participated for 52 months was unprecedented as amplitude, extension, and duration.