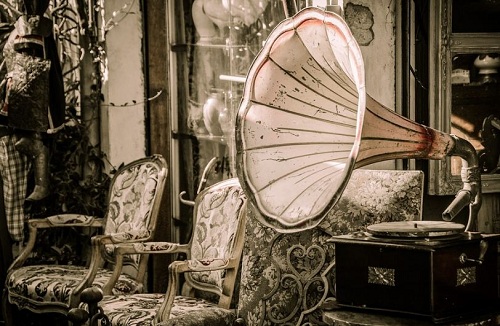 “Music is the language of God.” -Ludwig van Beethoven

Why did I become a priest? I have been asked this question many times. After working as a conductor for ten years, some people had a hard time understanding this change. In reality, for me, it was not a change. I never intended to give up my career as a conductor. My goal was and is to combine both of my callings. Yes, conducting is also a calling. It all depends on how you look at it. Faith can change any approach in our lives, including this in my case. It is a different issue that I was not able to work as a conductor as much as I wanted to, but that is another subject.

“Religion and the arts are like brother and sister.” I don’t remember who said these words, but they are true. Religion is the mother of all knowledge, and the arts stand right next to it. Both religion and arts cannot completely be explained in a rational way but can be felt and inspired by. Both are metaphysical realities – they are about things beyond the material world. In the end, both are about our hearts and souls. That is why you see the majority of great artists, even in case they are not religious, have an understanding of God.

We know from history that the arts were an important tool for religions to express themselves. A well-written prayer is also a poem, a well-composed hymn is a musical masterpiece, and so on. In our, Armenians case, the arts had a major role to play in our Church. Armenian sacred music is one of the best in the world. I may be biased, but this is confirmed by non-Armenian experts as well as the public. St. Krikor Naregatsi’s “Book of Lamentations” (Nareg), a prayers book, is also a poem and an internationally recognized masterpiece. Actually, “Nareg” was agreed upon to be the summit of all Armenian literature by a majority of Armenian and non-Armenian scholars. That is why despite being a non-Catholic, Naregatsi was recognized as a “Doctor of the Church” by Pope Francis. I can go on and on with many other examples. It is clear that there is a deep connection and even dependency between religion and the arts. Russian theologian Fr. Pavel Florensky, called Divine Liturgy (Holy Mass) a “spiritual opera,” where all elements of an opera exist, such as the story, singing, and action.

There is more when it comes to music specifically. The reason that music is the most immediate and direct form of art in comparison to others, is that music is by nature transcendent; its instrument is the musical sound, which is a non-material reality. For instance, a sculpture’s instruments are stone, wood, or metal. All are material realities. The instrument of dance is the human body, another material object. Even in the case of literature, its instruments are words and ideas, realities that are more real for us because we use them every moment. Words and ideas are more touchable and material. Due to music’s non-materialistic nature, we can see that it is able to directly and easily lift us from our default grounded condition. When it comes to sacred music, it can put us in a direct connection to the other, transcendent world. That is why it was said, “All other arts aim to achieve the same level (of transcendence) as music.” That is why St. Augustin said, “Who sings, prays twice.” In our case as Armenians, this is obvious as it is with other nations: Sayat Nova the most renowned musician and poet of Ashooghs era was at the same time a priest under the name Fr. Haroutyoun, and the founder of Armenian academic music is Fr. Gomidas Soghomonian.

I knew about the deep ties between religion and music from the first moment I started working as a conductor. Whenever I performed a sacred piece like a requiem or a mass, I was deeply inspired, and my understanding of God deepened. After each time conducting such a piece, I got further proof of God. Performing such masterpieces put me in a direct connection with the Almighty.

It is worth knowing that faith is not only expressed in sacred music. Many composers who have faith – or a personal understanding and a connection to God –express their faith in non-sacred works as well. The most obvious example is Bach, a devoted Lutheran, who said, “The aim and end of all music should be none other than the glory of God and the refreshment of the soul.”Besides his sacred masterpieces, we can experience Bach’s religious feelings in many of his instrumental music that has no religious content. There are parts in his pieces that can only be understood as prayers, prayers with no words but only through music. On a smaller scale but not less important, this is the case with Mozart, Beethoven, and many others. Another genius who was a devoted Catholic, Anton Bruckner, dedicated his 9th symphony “to the beloved God”, as he put it.

In conclusion, he who performs such music must know how to express the religious content of such works, and in order to do that he must have faith or at least some kind of connection to God; otherwise, the performance lacks authenticity. In addition, performing such music deepens the faith of an artist because while he performs, he lives moments of being with God, moments of feeling God’s presence and existence as a reality, as a fact. That is exactly what happened to me. Surely, there were other factors that contributed to my decision to become a priest, but the argument above is the most important one. Without a deep and mature faith, there cannot be any talks of someone becoming a clergyman.

Knowing, understanding, and appreciating serious arts helps us to know life on a deeper level and to live in moments of inspiration incomparable to any other feeling. Especially sacred arts can dramatically increase our faith, make it more real, make it a live experience.