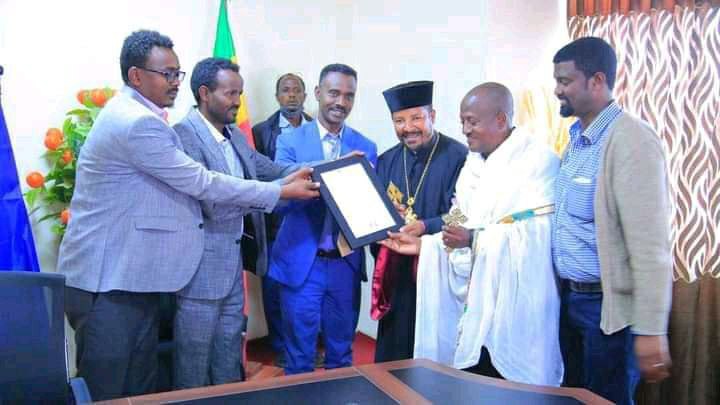 Certificates being handed over to the representatives of the Ethiopian Orthodox Church. 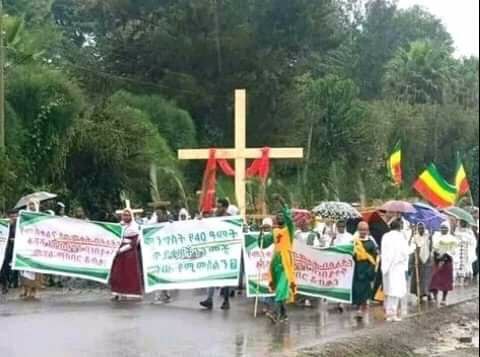 One of the demonstrations held.

Addis Ababa-Ethiopia: Orthodox Christians in Hosaena, the Capital city of Hadiya Zone in Ethiopia were banned from celebrating Meskel and Epiphany for last 3 years due to mistreatment of the zonal and city government bodies.

The government refrained from responding the questions from the Archbishop of Silte and Hadiya dioceses as well as Orthodox faithful about the ownership issue of historical celebration places. Instead they arrested Orthodox youth who protested the injustice.

However, as a result of several peaceful movements initiated by the diocese and faithful over the past 3 years, the government certified the church and granted license of land ownership for Meskel and Epiphany on January 17 2022.