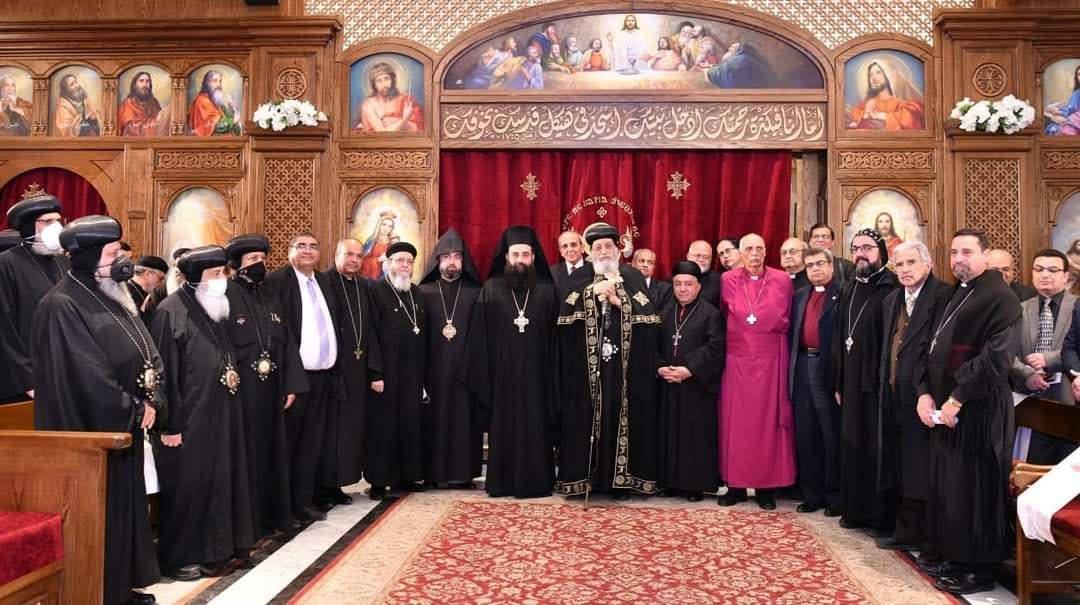 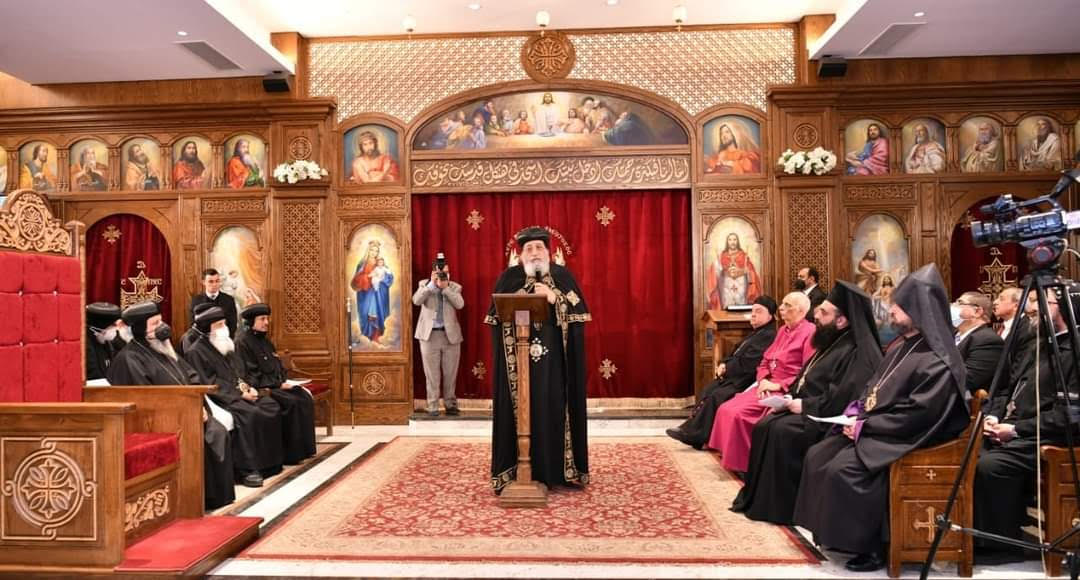 Cairo-Egypt: Representatives of the Christian churches that are members of the Middle East Council of Churches participated today in the weekly Wednesday meeting of His Holiness Pope Tawadros II, which was held at the Church of the Virgin and Saint Anba Bishoy at St. Mark’s Cathedral in Abbasiya on 9/3/22. The participation of representatives of the members of the Middle East Council of Churches in the meeting comes within the activities of the “Prayer Week for Unity”, which is organized by the Council this week in partnership with the Council of Churches of Egypt. The representatives of churches have drawn every appropriate word in the framework of the slogan “The Prayer Week” for this year, “Where is the born king of the Jews?  We saw his star in the Mashreq and have come to worship him” (Bulletin issued by the organizing committee for the week of prayer).

For his part, His Holiness indicated in his speech that the idea of the week of prayer began years ago, sponsored by His Holiness Pope Shenouda and before him by His Holiness Pope Kyrollos, and it stems from the common hope in the complete unity of faith for Christians. His Holiness added that we celebrate today the memorial of His Holiness Pope Kyrollos VI, which is a dear day to us, and the country also celebrates Martyr’s Day, which is the memorial of the martyrdom of Lieutenant-General Abdel Moneim Riyad, who was martyred while leading the army. Therefore, Egypt chose this day to be the day of the martyr, in which we remember all our heroic martyrs. Those who preserved Egypt through the generations, and protected this sacred soil, the soil of Egypt, and fates wished that this day should be the day of Pope Cyril’s departure, so that today becomes a feast day for all of us.