The Patriarchate of Jerusalem Urges Justice for Shireen Abu Akleh 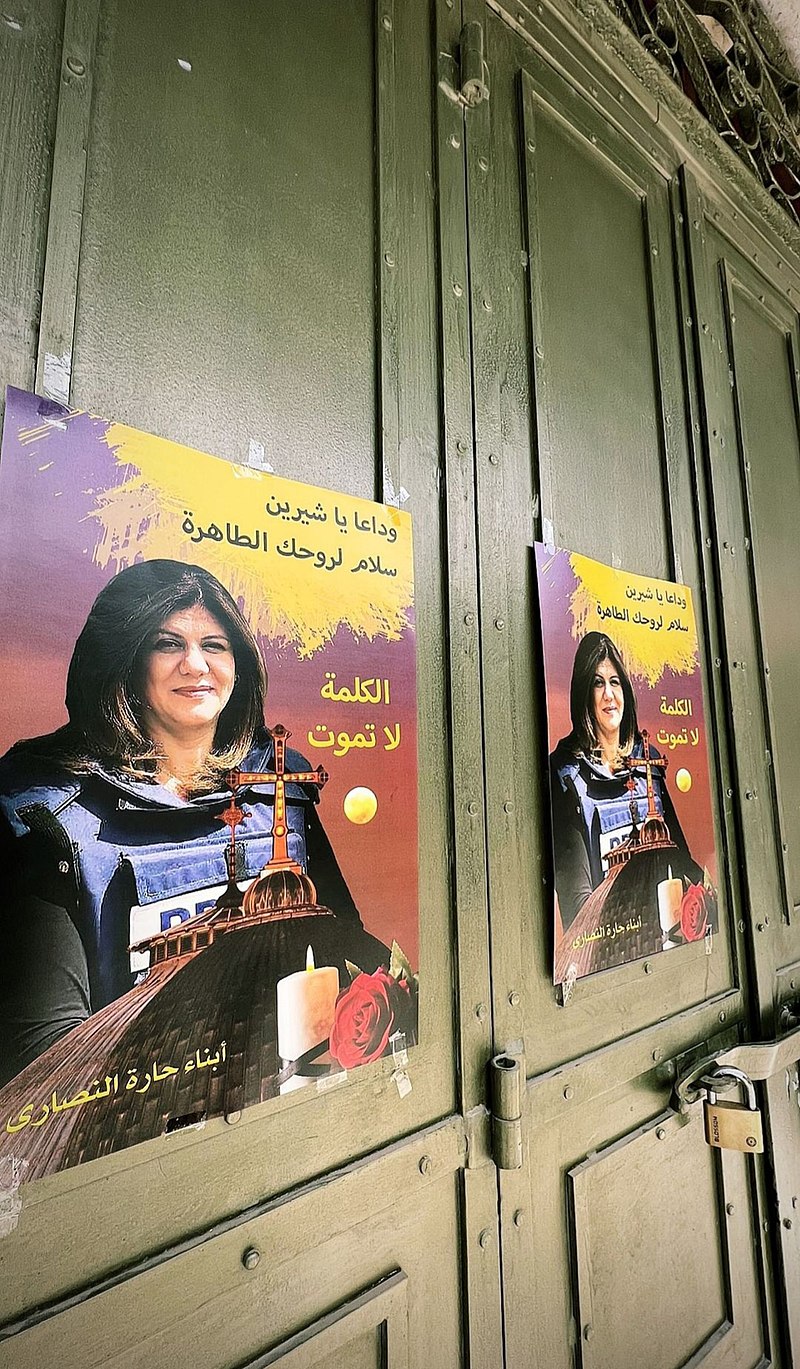 Photos of Shirin Abu Akilah in the streets of Jerusalem. Pic – Wiki

Holy Land -Jerusalem: The Orthodox Patriarchate of Jerusalem will ensure to support efforts to ensure justice to the slain Palestinian-American journalist Shireen Abu Akleh. This was stated by Archbishop Aristarchos of Constantina, the General Secretary of the Patriarchate during a memorial service held in Bethlehem.

On the other hand, Patriarch Theophilus of Jerusalem applauded the late journalist for devotion to the rights of her Nation and to her profession. He also condemned her killing while she was performing her duty. Shireen Abu Akleh was a Palestinian-American journalist who worked for Al Jazeera. She was killed while covering a raid by the Israel Defense Forces (IDF) on the Jenin refugee camp in the West Bank.