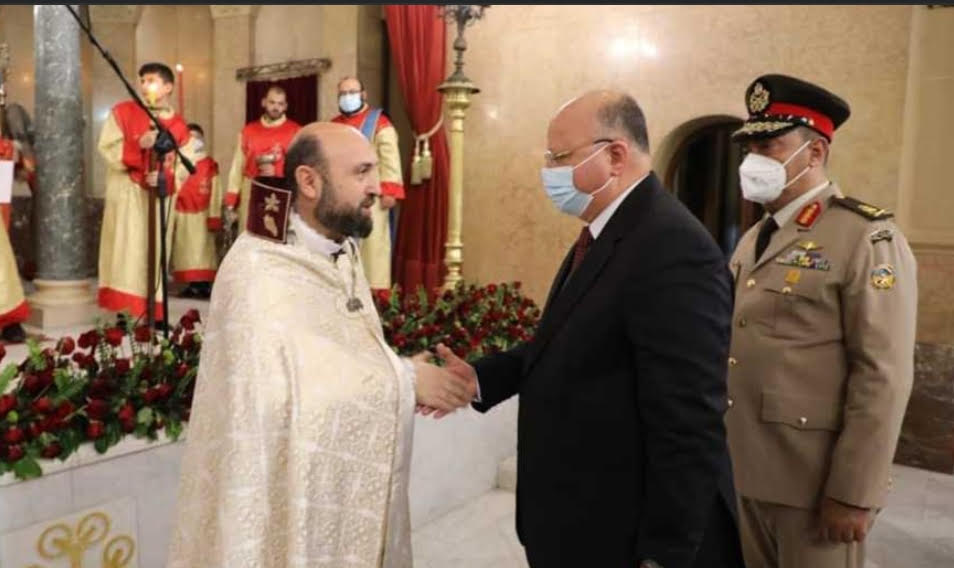 Abdel-Aal stressed the strong ties, brotherly feelings and religious tolerance that distinguish the Egyptian people from other peoples, pointing out that Egypt will remain a country of security and safety for all Egyptians, wishing stability for Egypt, and called for the holidays to be a new opportunity to spread love and peace and to confirm the bonding and brotherhood between Egyptians and others.

The governor of Cairo had instructed the heads of neighbourhoods to intensify hygiene campaigns and raise occupations in the vicinity of churches, in preparation for the celebrations of the Coptic brothers on Easter.

The Cairo governor called for raising the efficiency of the streets surrounding churches and ensuring that street poles are lit and functioning efficiently. The governor also stressed the removal of all dilapidated and abandoned cars in the streets, and that no cars were allowed to wait in the vicinity of churches.