Cairo- Egypt: Pope Tawadros II of Alexandria on 26/5/22 received at the papal headquarters a delegation of African journalists . Pope presented a brief history of Egypt and the Coptic Church, stressing that unity among people in Egypt is natural just like the Nile River which is the national water source for all. He also spoke about the service of the Coptic Church in various African countries, referring to the medical and educational services provided by the Church to African societies, notably the Hope Hospital in Kenya School of Technology in Burundi.

An African delegation visits the country every year under the auspicious of the Egyptian Ministry of Foreign Affairs which is aimed at boosting partnership and cooperation between Egypt and the rest of African nations. 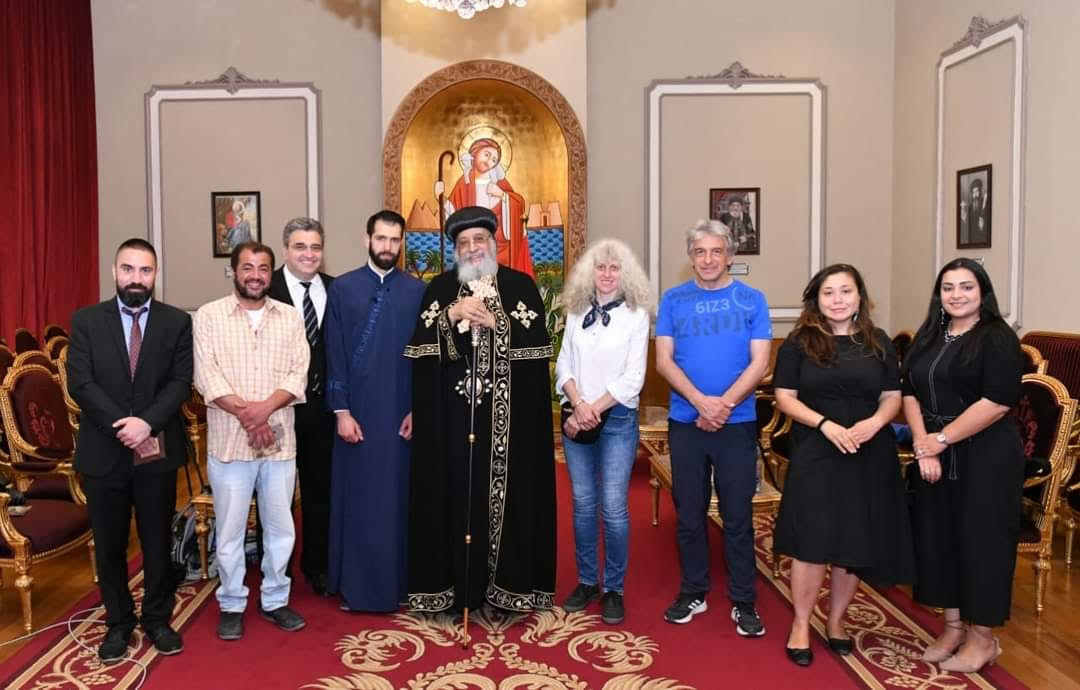 On the same day , Pope Tawadros II was interviewed by the Bulgarian TV about the Coptic Church, its history and present development.  The Bulgarian TV team also visited a number of archaeological sites, monasteries and Coptic churches, in order to introduce the Bulgarian people to Egypt, its church and its history.