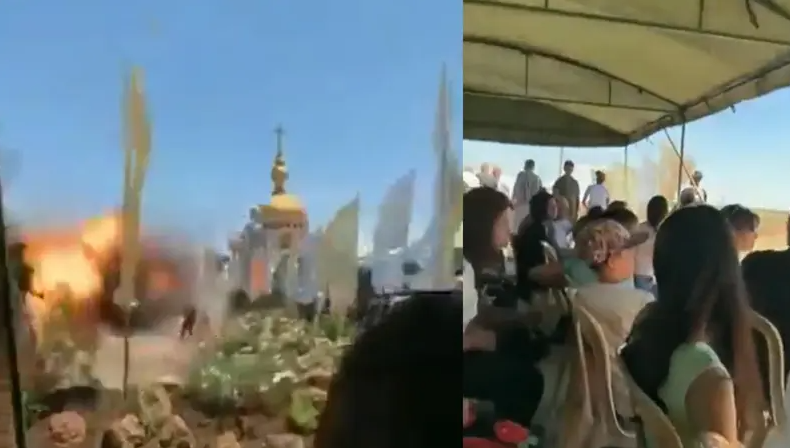 Damascus – Syria: Patriarch John X of Antioch condemned the terror attack on the inauguration function of Hagia Sophia Church in Al-Suqaylabiyah, Syria. According to the state media, two were killed and many were injured in the attack that was conducted by the Turkish-linked ‘terror groups’. Hagia Sophia Church in Al-Suqaylabiyah church was built with the aid and support of the Russian Federation.

Patriarch John mentioned this attack as a ‘cheap and reprehensible terrorist act’. According to the report from the Patriarchate, “His Beatitude affirmed that the children of Suqaylabiyah are paying the price of their faith with blood and that the terrorist attack is cheap, reprehensible, and deplorable. His Beatitude expressed His deepest condolences, as well as those of the Antiochian Orthodox Church, for the martyr who died today, and wished the wounded a speedy recovery, as well as condolences to the children of Suqaylabiyah”. Patriarch expressed these on the call with Metropolitan Nicolas Baalbaki of Hama, who lead the inauguration at Al-Suqaylabiyah.