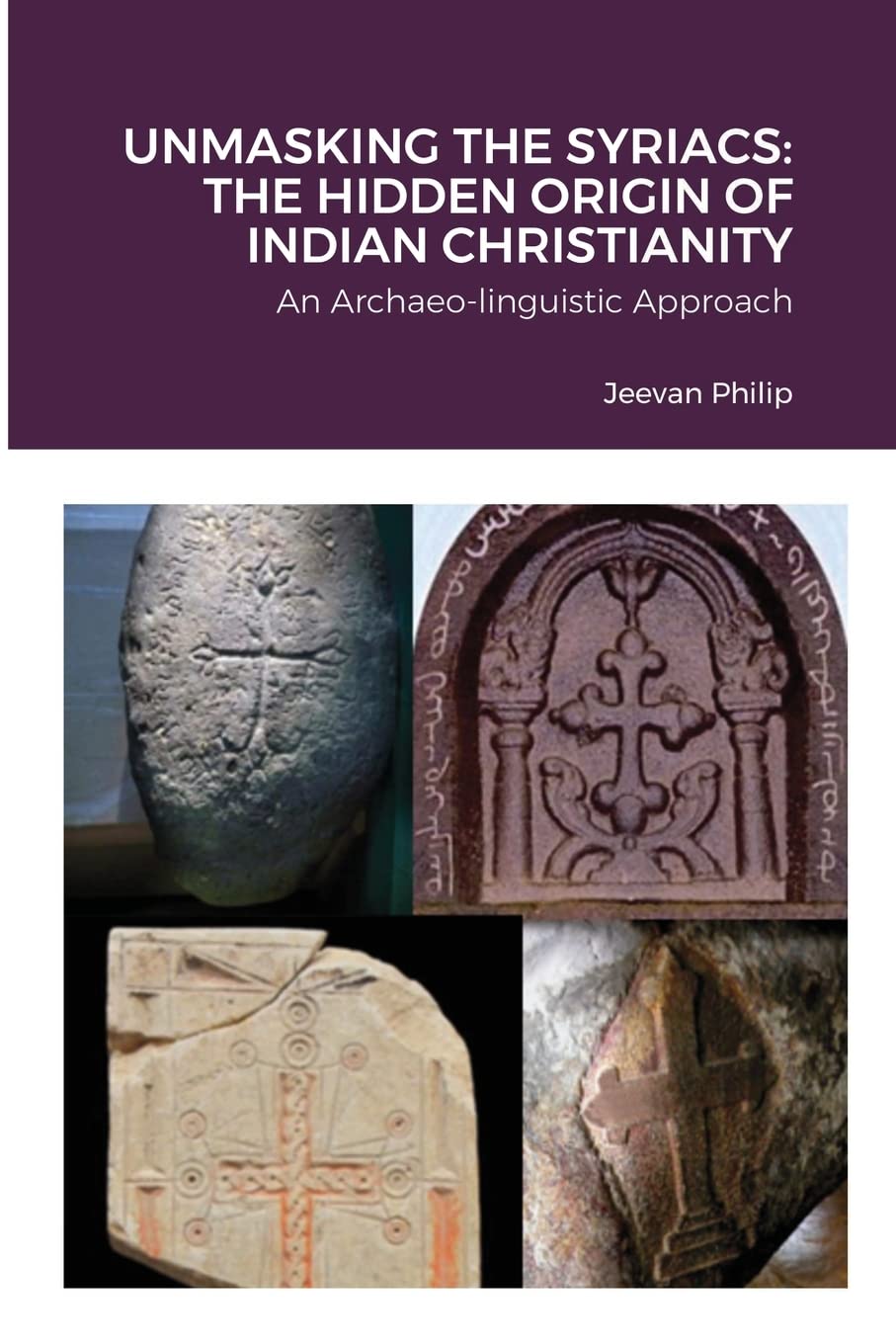 Global: ‘Unmasking the Syriacs: THE HIDDEN ORIGIN OF INDIAN CHRISTIANITY: An Archaeo-linguistic Approach’, a new book authored by Jeevan Philip is now available for purchase. The book is available on Amazon and many other e-commerce platforms worldwide.

A Brief Abstract of the Book
This book is about the origin of Indian Christianity, especially Syriac Christianity, based on archaeological findings from ancient sites of the Afro-Eurasian Socio-commercial network. In light of the archaeological data and artistic imagery represented in Central Asian religious Syncretism and historical narrative, the author questions the Martyrdom of St. Thomas at Mylapore, Chennai, and its prime evidence Pahlavi inscribed crosses. Contrary to popular belief, the author meticulously suggests the possibility of a Gnostic origin of Pahlavi crosses of South India. He proposes the origin of present-day Syriac Christianity in India is an amalgamation of different gnostic groups comprising Farsi-Dravidian Manichaeans and Judeo-Dravidian pre-proto-orthodox groups in post 9th century period under the Syriacs missionary supervision.

Analysing archaeological data against the history of the Indian Ocean trade along with the evolution of the symbol of the cross in Christendom, the author questions the claims of Syriac Churches not only in India but also in Mesopotamia and Central Asia. To substantiate his proposals, the author provides a detailed study on the central Asian and Chinese evolution of the cross symbol, suggesting the possible religious Syncretism played by Manichaeism, Buddhism, Taoism, and East Syriac Christianity. The study on the spread wing motifs of crosses from Sasanian Christianity will be an eye-opener to the Indian Syriac Christians who falsely claim that the spread wings of Pahlavi crosses are Lotus-cross combinations that built similar to Quinjiao crosses of south China, which was historically a product of the Buddhist-Manichaean-Nestorian Syncretism. Finally, the explanation of Makara imagery on the Mount cross bas-relief structure substantiated by the ontological principle of Manichaeism and its literature, especially Chinese Manichaean Hymn scroll H19 in which a community of Manichaean auditors calls Jesus (Yishu) to save their boat from the Makara, the representative of the realm of Dark forces possibly reveal the true identity of the Mount cross.

About the Author
Jeevan Philip obtained his education from Aligarh Muslim University, where he studied Physics, Maths, and Management. His primary interest in History, Linguistics, Anthropology, and Genetics steered him to take serious research studies on the socio-culture history of different castes and social groups of India, especially Kerala. He spent over twenty years learning the various aspects of the origin and history of Malankara Nasranis as well. He has deviated from the usual methodology of historical studies and has applied modern scientific studies like Linguistics and Genetics which has resulted in a logical and realistic understanding of our past. He has published numerous articles on social media platforms.

NEWER POSTThe Coptic Orthodox Church Celebrated the Memorial of the Departure of St. Pope Kyrillos VI
OLDER POSTThe “Prayer Week” and the Commemoration of “Pope Kyrillos” and the Martyr’s Day Held in Cairo