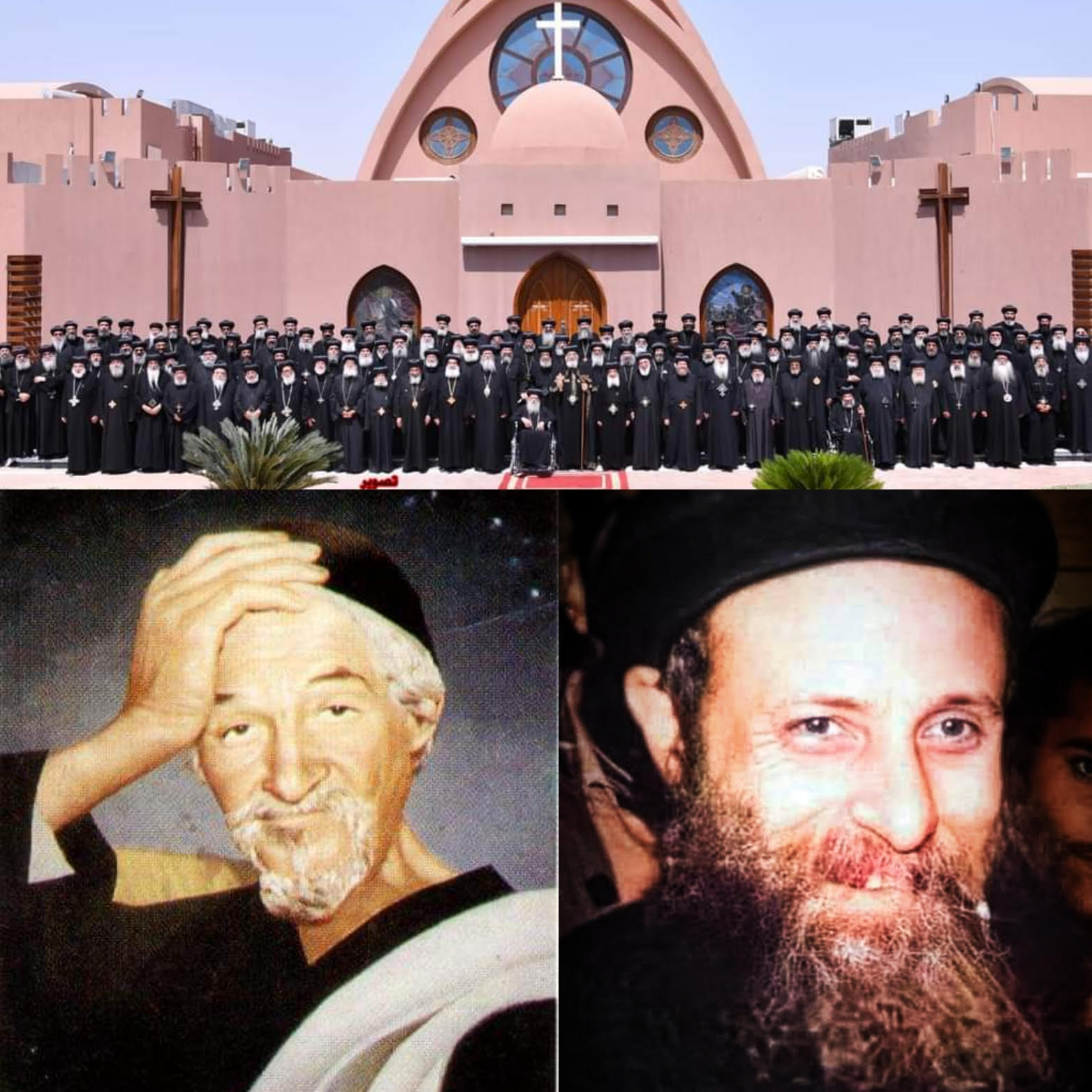 Cairo-Egypt: The closing plenary session of the the Synod of the Coptic Church was held today, at the Logos Center at the papal headquarters of the monastery of St. Anba Bishoy in Wadi El-Natrun, headed by Pope Tawadros II, with the participation of 120 members of the Synod out of 137. The session began with a speech by the Pope entitled “Aspects of Episcopal Responsibility”, the first part of which will be published in the latest issue of the Evangelization magazine.

The Synod made a number decisions based on the recommendations from its main committees, after their extensive presentation and discussions during the plenary session, which lasted for four hours. The most important decisions are as follows:
1- Recognizing the holiness (Sainthood) of monk Yostos El Antony (from the monastery of St. Anthony in the Red Sea), and Father Bishoy Kamel, the famous Coptic priest.
2- It was decided that the exchange of the relics of saints can only take place by an official document approved by the metropolitan or bishop.
3- It was decided to Form the Council of Ecclesiastical Education and the Council of the Coptic Theological Academy. A list of people holding doctorate and master’s degree will be
submitted to the secretariat of the Synod for the same.

While the most important recommendations are as follows:
1 – Encouraging the youth and the faithful to take a key interest in national action to participate in the construction of the new Egyptian republic. To support the state in its development
efforts, especially presidential initiatives such as a improvement in living conditions.
2- Encouraging churches to celebrate Father’s Day and praising his role in the family on June 21 of each year, which is the day set for its celebration in Egypt.
3- To celebrate ‘Global Coptic Day’ every year by unifying the celebration of the Coptic heritage in all Coptic parish Churches (on the feast of the entry of the Holy Family into the land of Egypt), under the name. It was also decided to hold international competition on Coptic heritage on the 1st of June every year.
3- Launched a general slogan “My Family is Holy” around which the activities of the Coptic Church will be based from June 2022 to June 2023.

Pope also urged the members of the Holy Synod to pay attention in helping poor and underprivileged families to face economic crisis that is currently sweeping the world, and to encourage
micro-enterprises as an effective tool to confront this crisis. His Holiness noted the need for the dioceses to pay attention to the issue of preserving the environment and climate change,
through practical solutions.