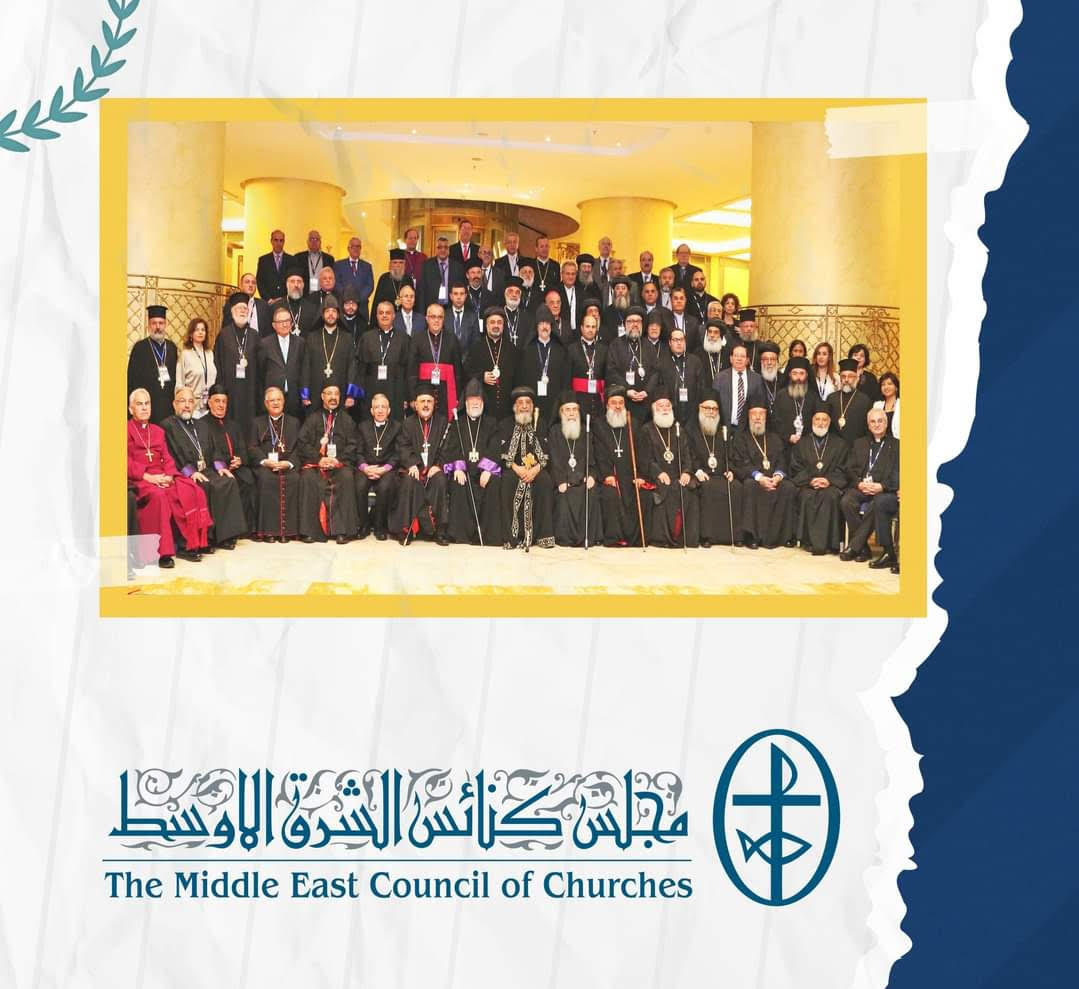 Cairo-Egypt: The General Assembly of the Middle East Council of Churches (MECC) began on the 16th of May 2022 at the “Logos” Center at the papal in the monastery of St. Bishoy in Wadi Natroun, Egypt. A total of seventeen primates and representatives from twenty one Churches (Orthodox, Catholic, and Evangelical) are taking part in the Council.

“Take courage! I am. Do not be afraid.” (Matthew 14:27) is the motto of the General Assembly. The Assembly will discuss issues pertaining to the lives and challenges of Christians in the Middle East and Africa. They will also discuss the vision for future to promote the spirit of ecumenism and the achievement of human and social goals pressing for all the people of the region. The Council will come to an end on the 20th of May 2022. The Council is being hosted by the Coptic Orthodox Church for the first time since the founding of MECC in 1974.