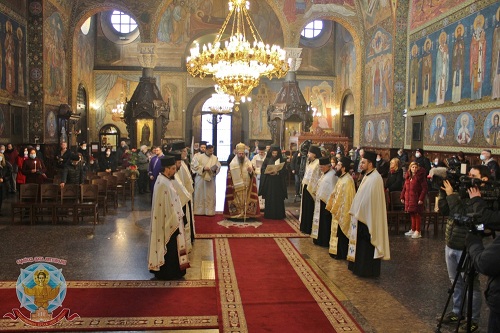 Sofia-Bulgaria: The Bulgarian Church celebrated the 144th anniversary of the liberation of the capital city of Sofia. The city was liberated from the Ottoman yoke on January 4, 1878, by Russian troops under the command of Gen. Joseph Gurko. A prayer service was held under the auspicious of Bishop Polycarp of Belogradchik, Vicar of the Metropolitan of Sofia. A liturgical procession was held to the monuments in the city center.

“We thank God again for His great mercy and gratefully bow our heads before the guardians of Bulgarian freedom, before the feat and self-sacrifice of all known and unknown warriors who gave their lives for it” commented Patriarch Neophyte in his address to the nation.